Over at Stampotique we had  another new challenge.
Arwen McCullen was the host and she asked for "Colour Blobs". I know I'm a little late but  here goes.
First of all I created the handle from good old coffee stirrers lined up and secured with twine then spread apart to give the initial fan shape. A 12"x12" piece of card was cut to the shape I needed x 3 and the coffee stirrers were glued onto one piece, then one of the other cut out shapes was added to the back encasing the stirrers. 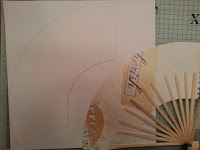 The final cut out shape was reduced/cut down by approximately 2/8" then
Texture paste was put through a Mask to create lines, where the mask touched the previously placed texture it left a great squelch effect. 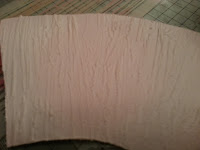 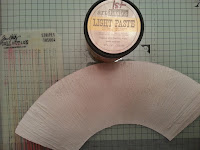 This was dried off with a heat tool, I finally used my new gelato's.
Be very careful as using all the colours in the rainbow create brown.  I began blending with my fingers but they became sore against the texture paste, I spritzed the gelato's with a mist of water which release the colour, sooooo cool. 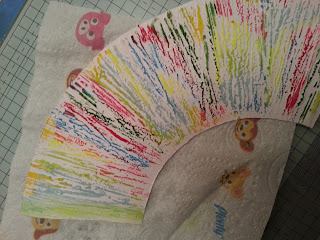 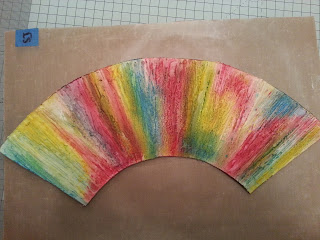 The pictures do not do the colours justice, they are bold rich and georgeous.
The edges were then dry brushed with black paint, which enhances the texture and colour even more. 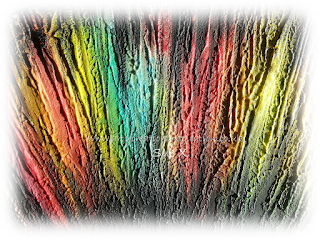 Stampotique stamps were used to create the birds and branches which were fussy cut out, (the Owls were chopped off, sorry owls). 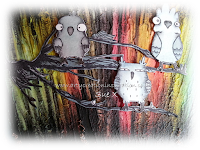 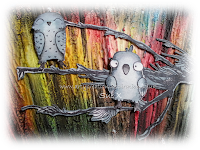 The stirrers were painted black and a ribbon was added, everything was glued into position, that's my take on colour blobs hope you like it. 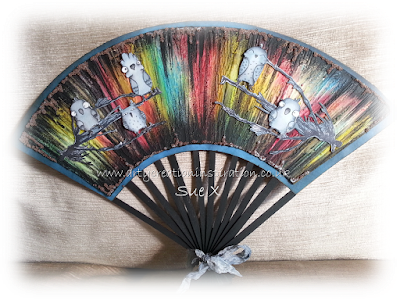 For more inspiration and the current theme pop on over to Stampotique Challenge blog here.