New supplies on the way!

I hate to admit it but I am a sucker for new craft supplies, for example.
A new distress colour ink for each month in 2015, I had to pre-order those each month so that I didn't miss it. Very sad I know but I've built up the whole collection and well, what can I say I just had to have them.
Next up Gelato's, I had been looking at them for a while And eventually thought ooooooo I need them so on my Christmas list the full first set went. There was a bit of arm twisting and lots of hints, then a shop I use regularly on line had an offer on them. I literally put them in the basket along with the code for reduction an said, "I want this from you for Christmas". What can I say it worked and I will be testing them out pretty soon. Yeah! (Craft Obsessions).
While all that was going on I manage to get myself randomly picked for $30 gift certificate from Stampotique and after spending the $30s  plus a tiny bit (lots) extra the stamps arrived the week before Christmas another Yeah! still to be used tho, (Stampotique).
Then after a visit to Sir Stampalot sale time of course I managed to pick up a whole hog of magazines reduced from £7.99 to £2 each amazing, They will keep me going for a day or two.
To finish off I came across another shopping site on the 1st January 2016 with loads of fab embellishments which not only had a sale on but extra discount too.
So I ordered a few bits and pieces, rusty hearts, bells, snowflakes flowers and all sorts, ( Live & Love Crafts).
Any how now it's back to crafting and this is today's project.
I was asked if I produce a hanging calendar that was easy to replicate for Christmas presents next year, yeah plenty of time to organise that one so I thought I would do it before I forgot.
This one is easy, a template was made from mount board so it isn't as heavy at mdf, twelve holes were made along the lower edge to attach further hearts and two at the top to hang it by.
Cardboard was torn and stuck down randomly, and hearts to show the months were stuck on.
The mount board was painted with a neutral colour and crackle glaze applied, a top coat of chalk was applied and the magic of crackle appeared. Distress ink was applied to the edges. 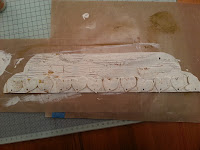 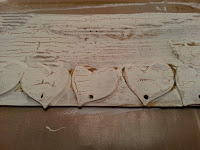 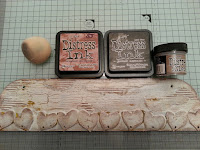 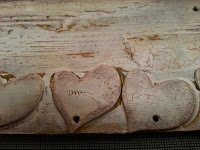 A wire handle was created by layering several strands together and twisting around a pen to make it look appealing.
I used old faithful Dymo to make the headings on the hearts and gave two options of hanging the addition hearts. 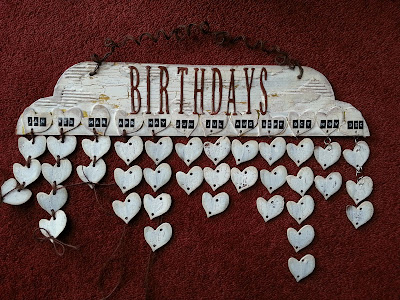 The birthday words were die cut from brown and glazed with glossy accents. 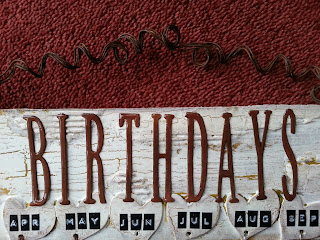 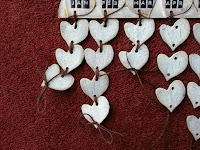 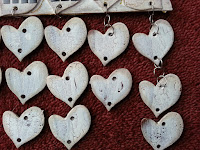