Box Tastic as in fantastic, even if I do say so myself.

I started to play around with this idea some time ago while staring at an empty 6"x6" card box,
wondering if I could give it a new lease of life.
This is what I came up with. 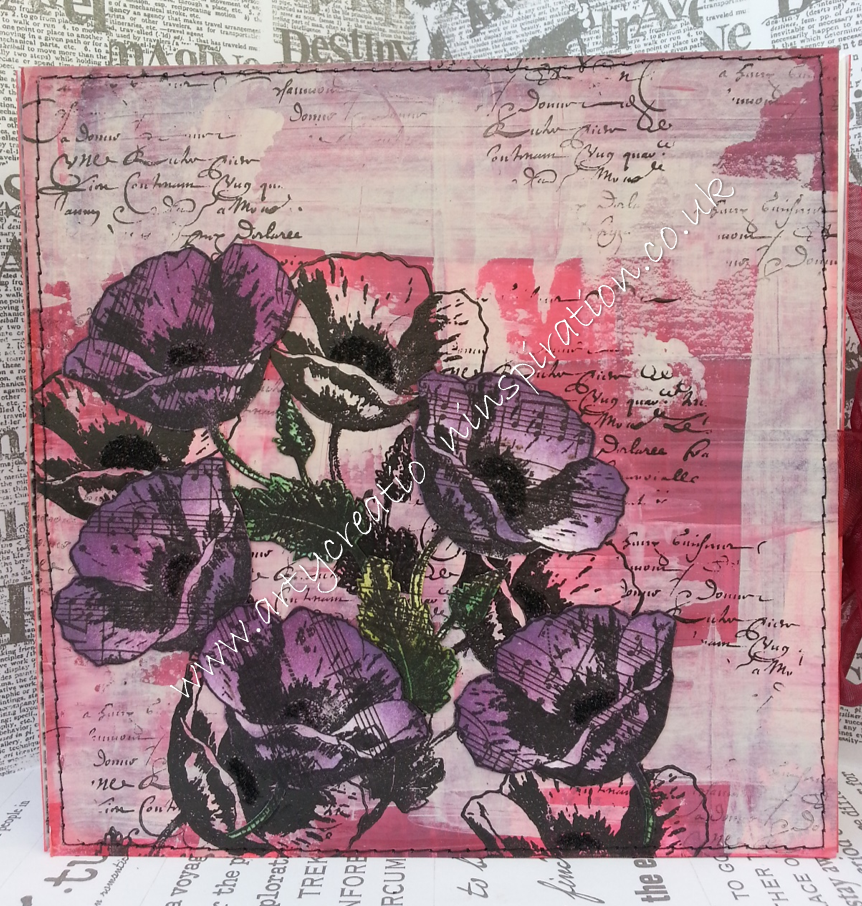 I began with an A3 size piece of card which I scored at 7",8",15" and 16"( along the long edge), depending on the size of your score board that is, I did mine by measuring 7" and 8" scoring , then bending and using the folded edge as a guide measured and scored at 7" and 8" again the last 1/2" was used as a flap to tuck in at the end of the box. While the box was folded at one of the score lines I trimmed the card on the shorter edge to 7"  making a sort of 7" square box shape when folded.
Sounds complicated but couldn't be easier really.
Next I glued the 6"x6" base box to the centre of the 7"x7" flap closest to the small flap as that creates the base, followed by putting the lid on the box, applying glue and lining up the top.

This is when the fun began, I chose three paints using the same technique as the butterfly canvas last week by scraping the paint across another piece of A3 to create a background.
Script was then stamped randomly with a juicy black onyx versamark ink and heat set.
The card was cut into two 7"x7" squares and two 7"x1" rectangles.
Ribbon  was wrapped and stuck onto the 7"x7" box, with the longer lengths at the opening so that a bow could be tied as a fastener.
Black stitching was added around all of the edges of the painted card stock, the top piece was stamped with a Woodware Poppy stamp to add depth to the project.
The Poppy was stamped several times on printed music paper, cut out and coloured with distress ink.
These where then glued over the stamped poppy images, taking care not to line them up.
The painted panels were attached to the box enclosing the ribbon to keep it snug and in place.
Black sugar dull glitter was stuck to the poppy centres to add a bit of zing.
Using the left over painted card and stamped poppy images,  small note cards were made measuring 5"x5".
Here are a few more pictures. 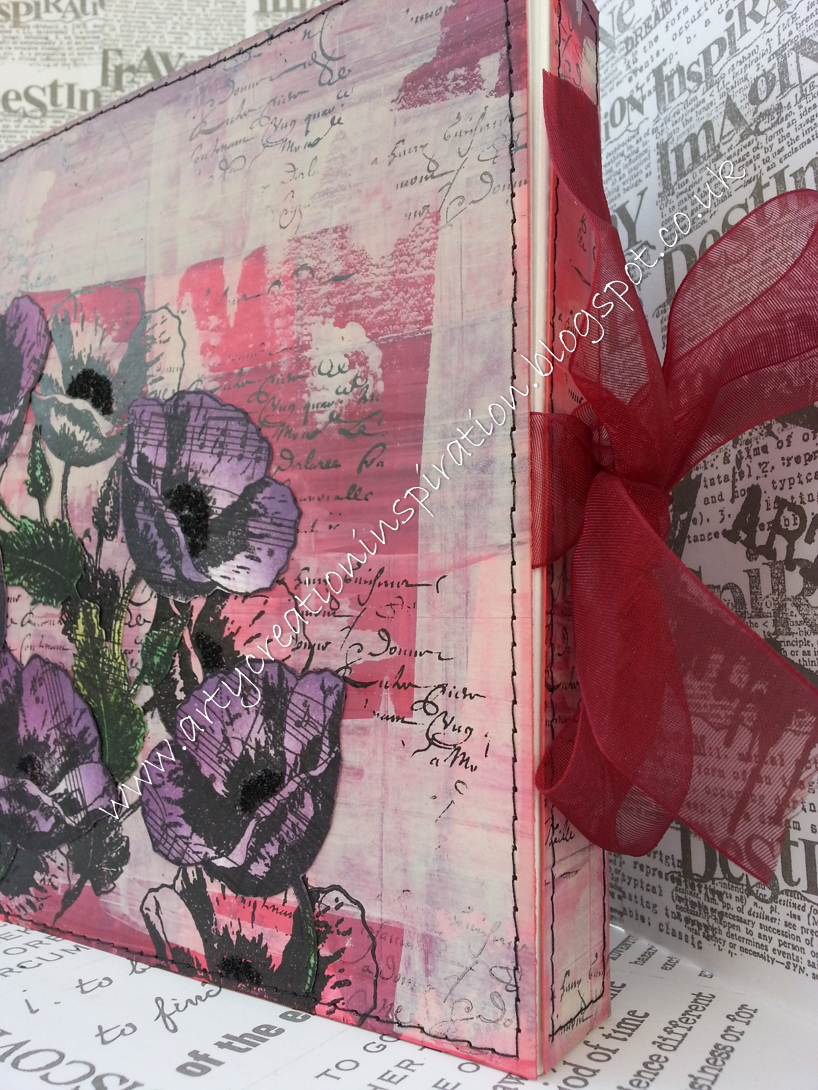 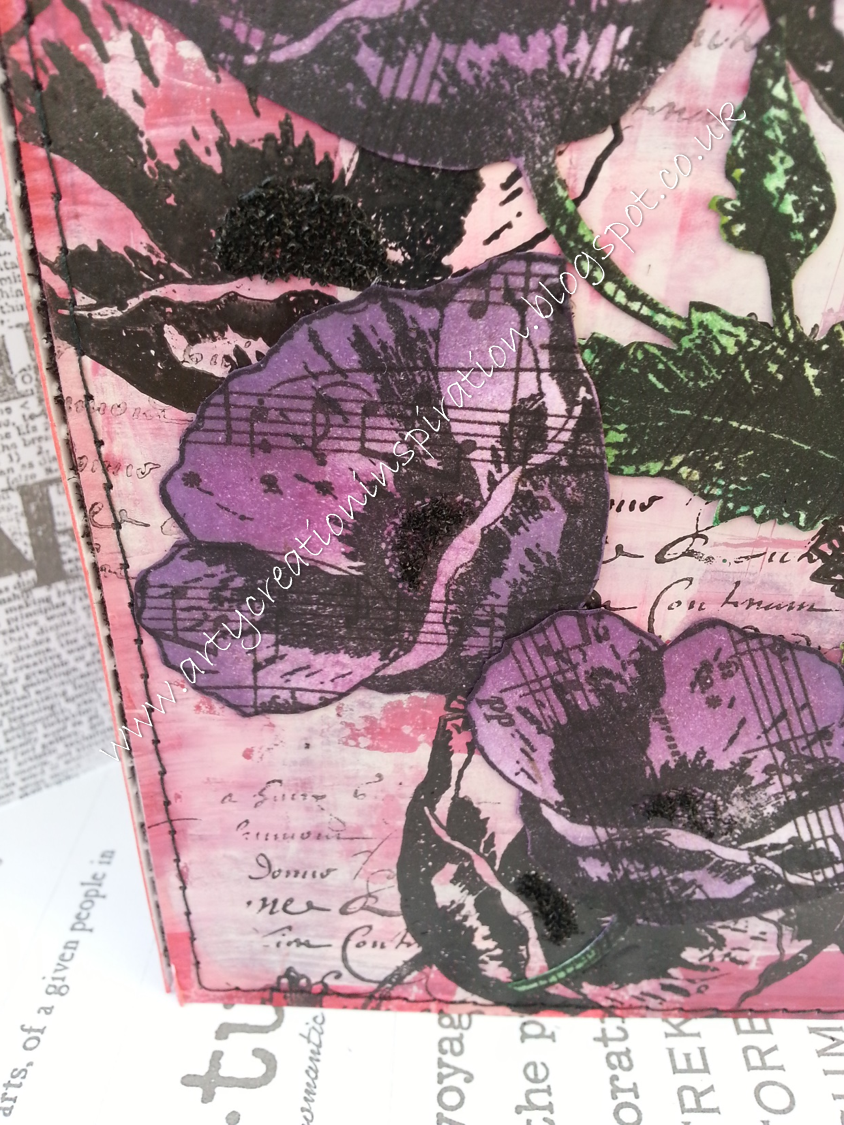 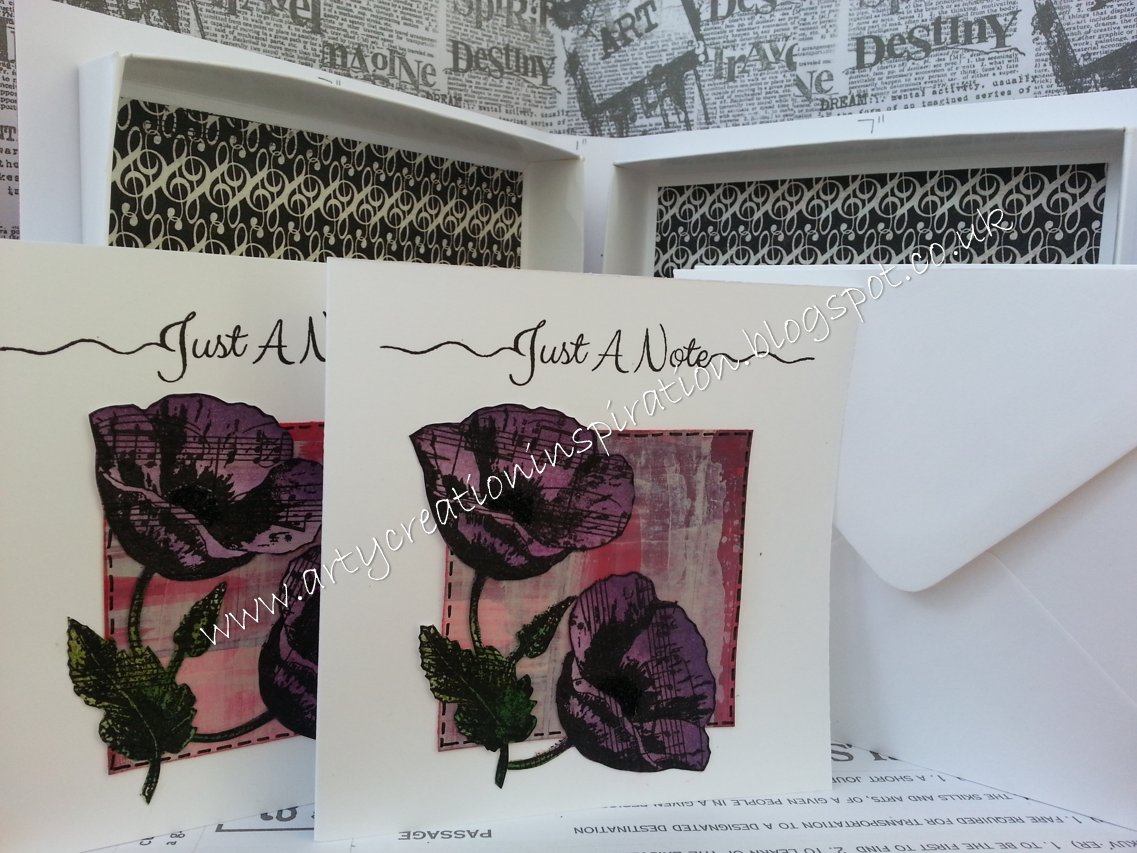 A cool gift  for people who appreciate handcrafted gifts.