Over on the Paperartsy blog they have a new challenge, Miniature Art.
Having not felt in the land of the living for the past few days (man flu passed on from hubby), I decided to have a go.
It's quite a simple piece really, a tiny bottle and cork  inspired by http://blog.paperartsy.co.uk/2015/02/2015-3-repurposed-vase-by-wanda-hentges.html obviously my little bottle is smaller a lot smaller but the basics are the same. I  wanted to paint it, my own little masterpiece.

At the time I decided to take part I must admit I'd only read the title and looked at the pictures of miniatures on the Paperartsy blog, I knew immediately that  I wanted to paint a mini bottle especially as whilst on the hunt for a different item I discovered the small items hiding in a draw. 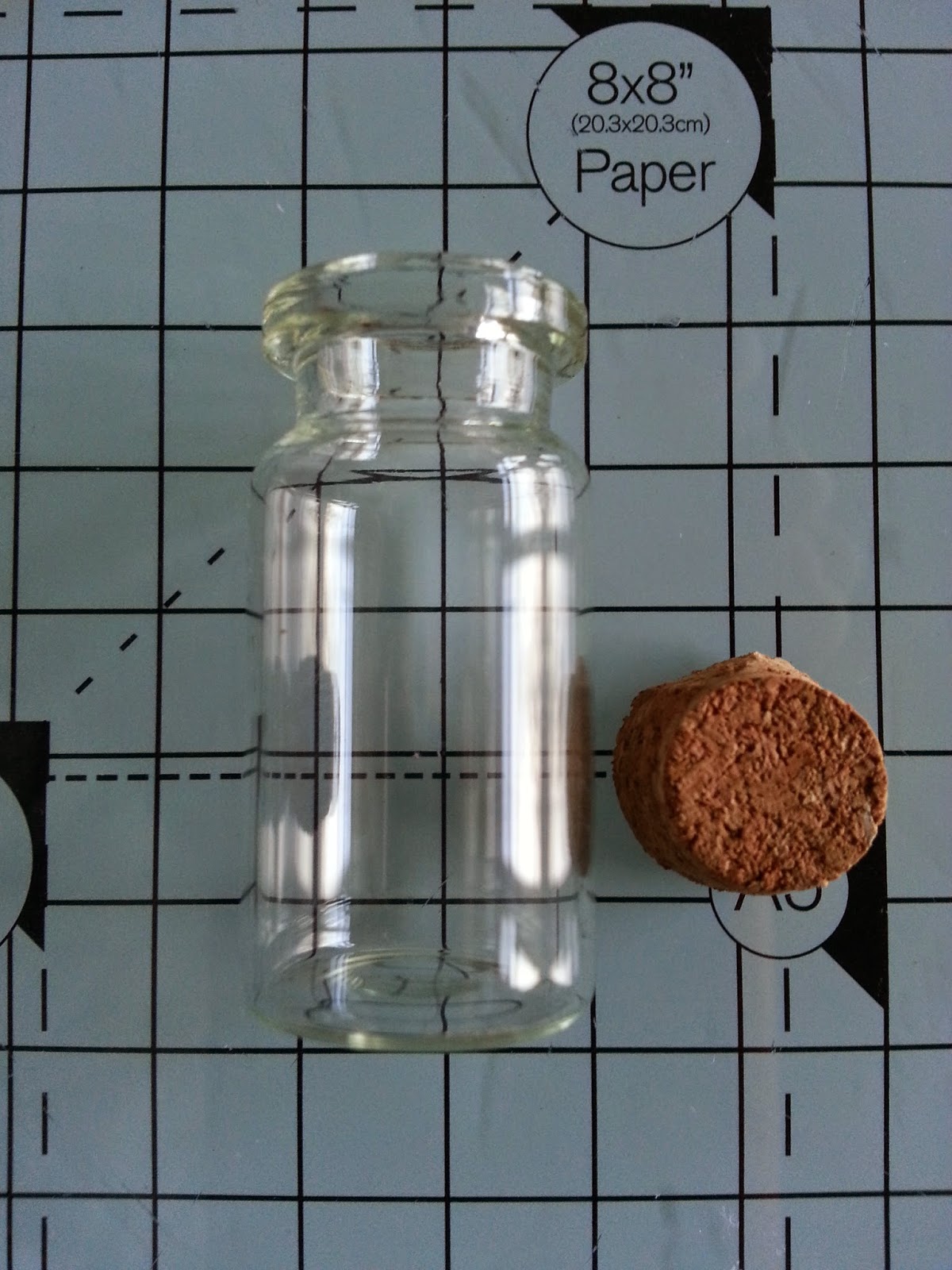 I began by painting the bottle twice in snowflake to give me a solid base to start from.
I masked off an area of Lynne Perrella's stamp LPC030 and inked up the bit I needed with black archival ink, I lined up the bottle and rolled it over the stamp transferring the image, this process was repeated with a different stamp from the same set. 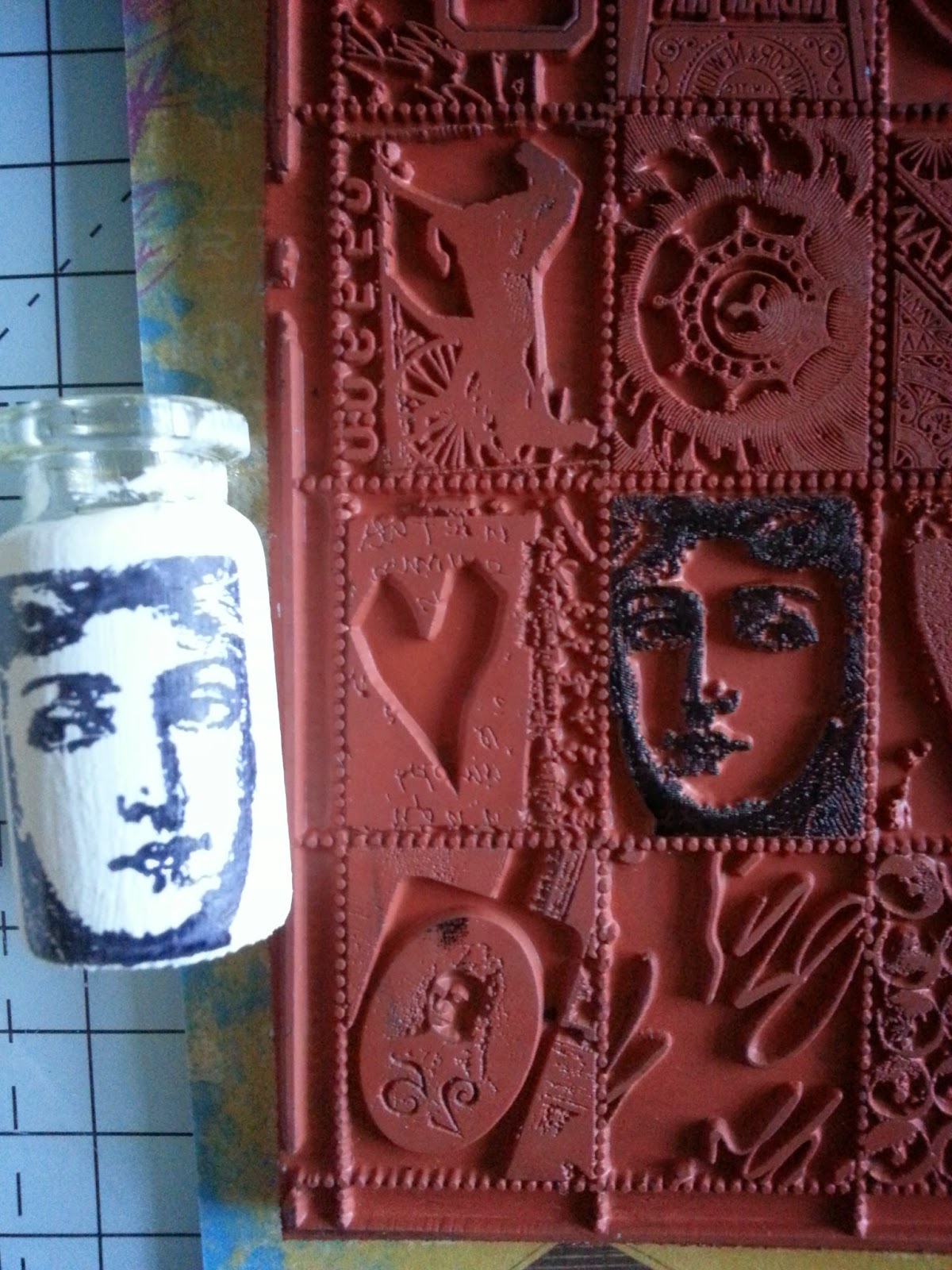 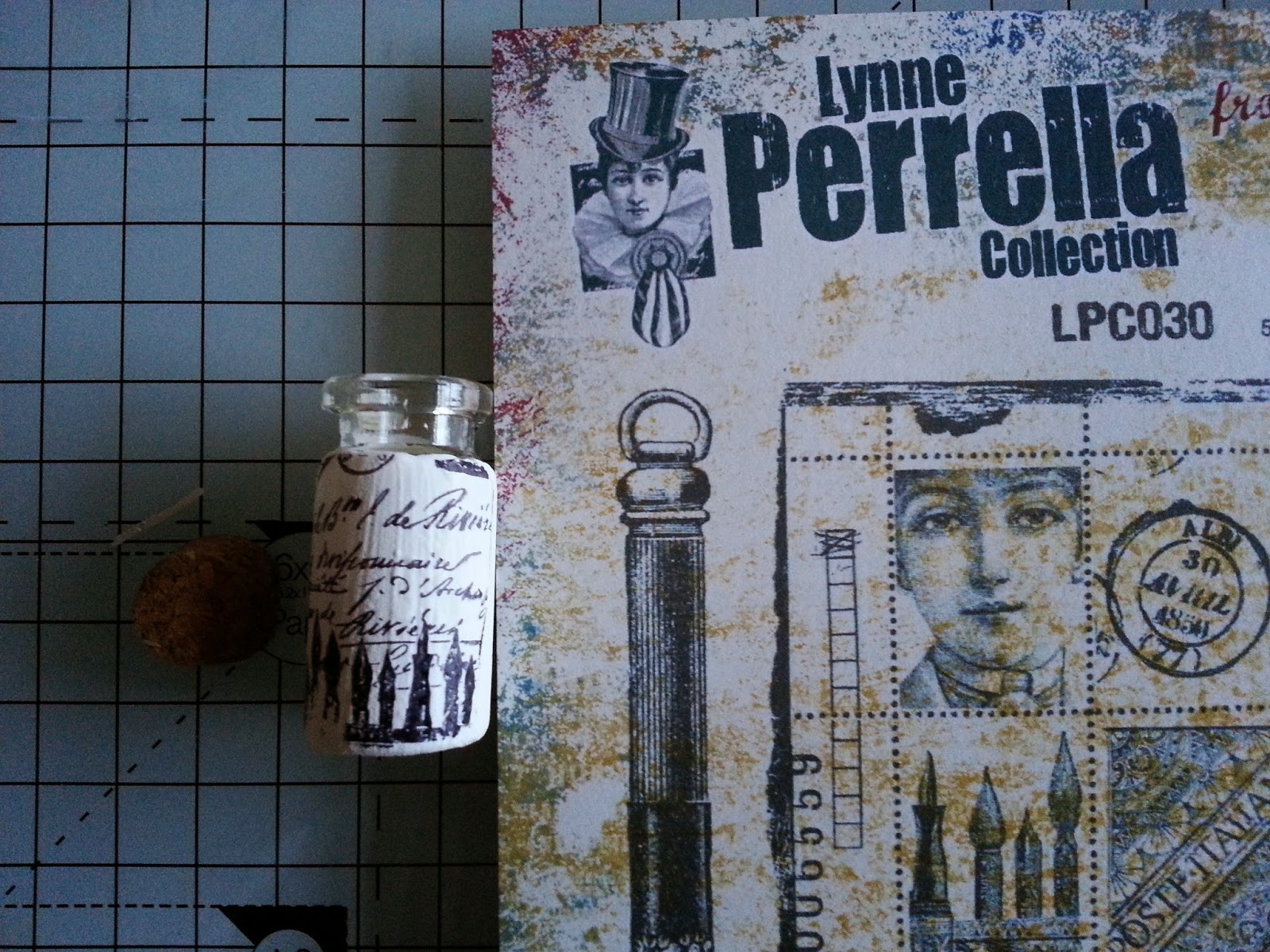 A quick blast from the heat gun set the ink for me to paint on.

Paperartsy fresco paints in Irish Cream, Blush and Chalk were used for the completion. Cherry Red for lips, Hey Pesto for the eyes and Chocolate Pudding for the hair.
Chocolate Pudding and Mermaid were used around the rest of the bottle.
Treasure gold in Onyxite, Indigo and White Fire was added to the upper and lower parts of the bottle.
A left over bit of string was tied around the neck of the bottle and a metal embellishment  with a small note was pushed through the string, another metal bit was added to the top of the cork. Initially I was going to do a message in the bottle but I'm happy with the outcome, small and simple.
Hope you like it.