I have been collecting small jars for some time now.
First I was going to do some sort of Christmas advent calendar, however, poor Steve can only eat so much marmalade in one year.
With that idea on hold for a while (as I still need 7 more), I decided to do something a little different, for me that  is, which included colour.
I am getting more adventurous, slowly that is, it's not that I don't like colour, it's just one of those things. 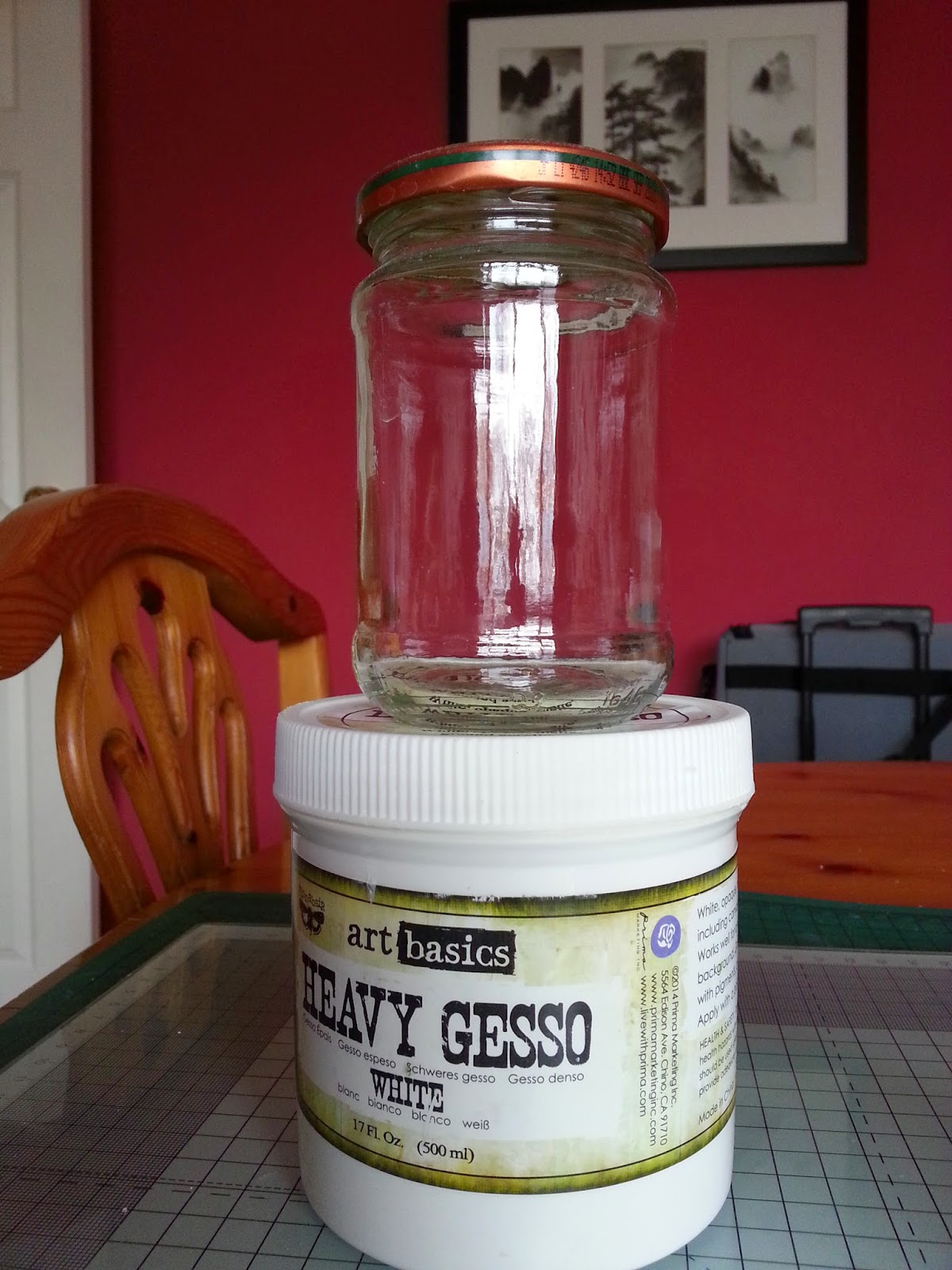 Anyhow, the project started with a regular jar which I covered in a piece of canvas, I had initially painted a layer of gesso but this didn't seem to cover very well hence the canvas replacement.
I glued on rows of lace and added a few lace
flowers, then covered the jar in a couple of layers of white gesso. 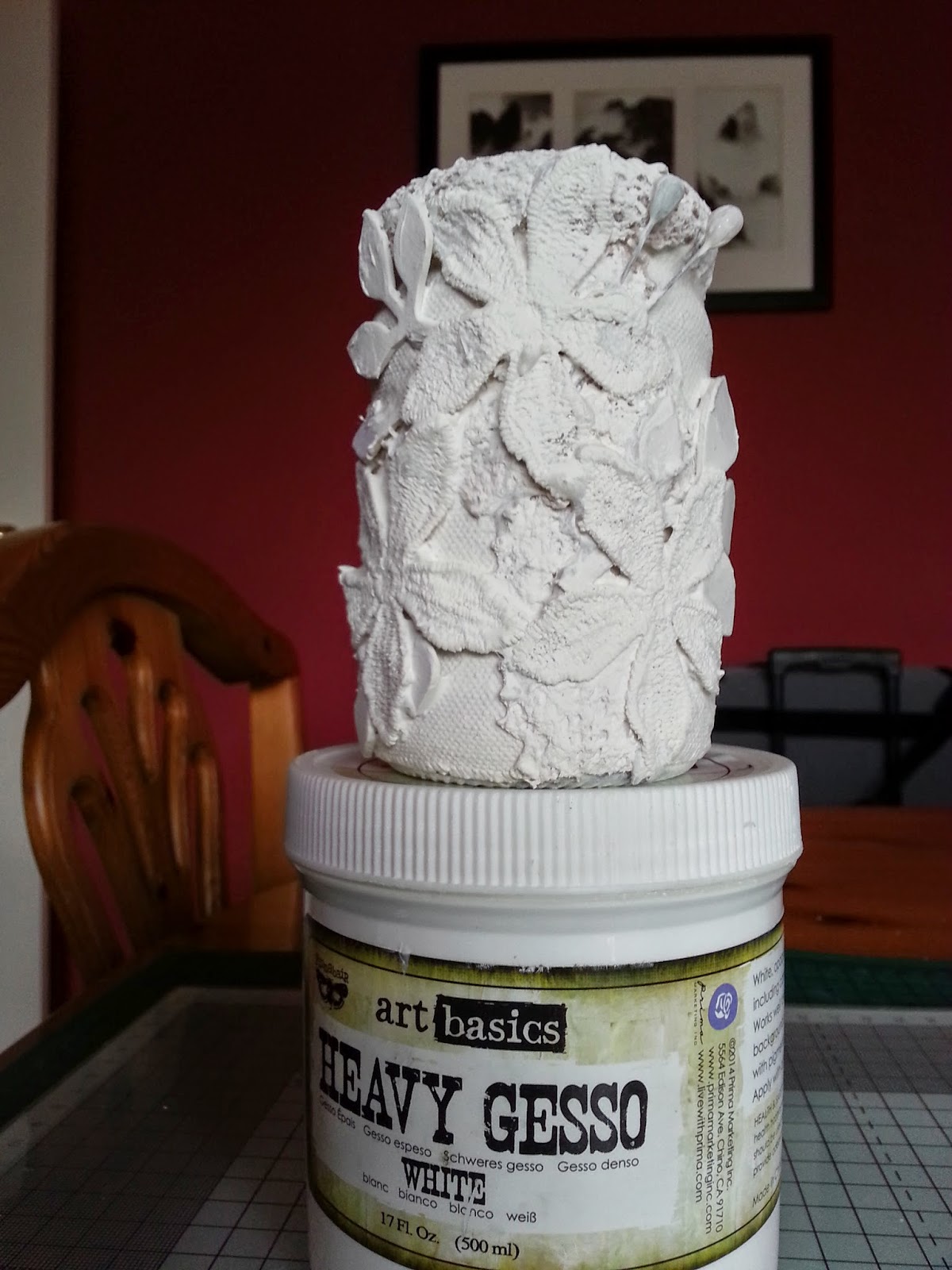 I used spray inks to create a base colour, then added stamping in a light grey archival ink.
I had a circle of wire left over from previous project and attached it to the jar. 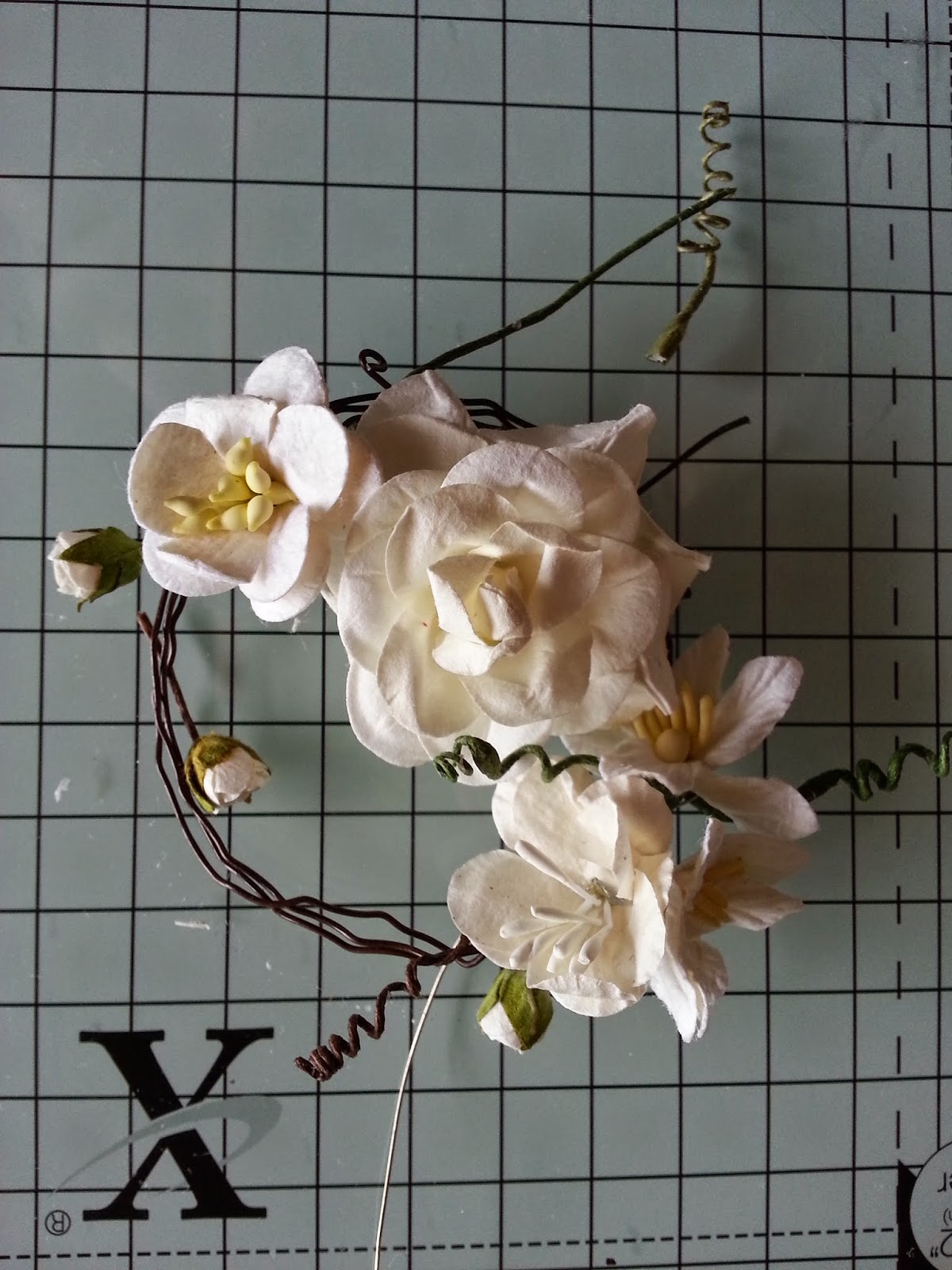 I attached pre-made flowers and coloured them by wetting the petals a little with water, then adding  some of the spray ink with a paintbrush to the edges, letting it seep into the petal.
A few silks colours were used to add a little more interest and add depth to the jar.
Glass beads were mixed with gel medium and pale pink sugar for a little glimmer then applied to the jar. A black charcoal pencil was used to add shading. 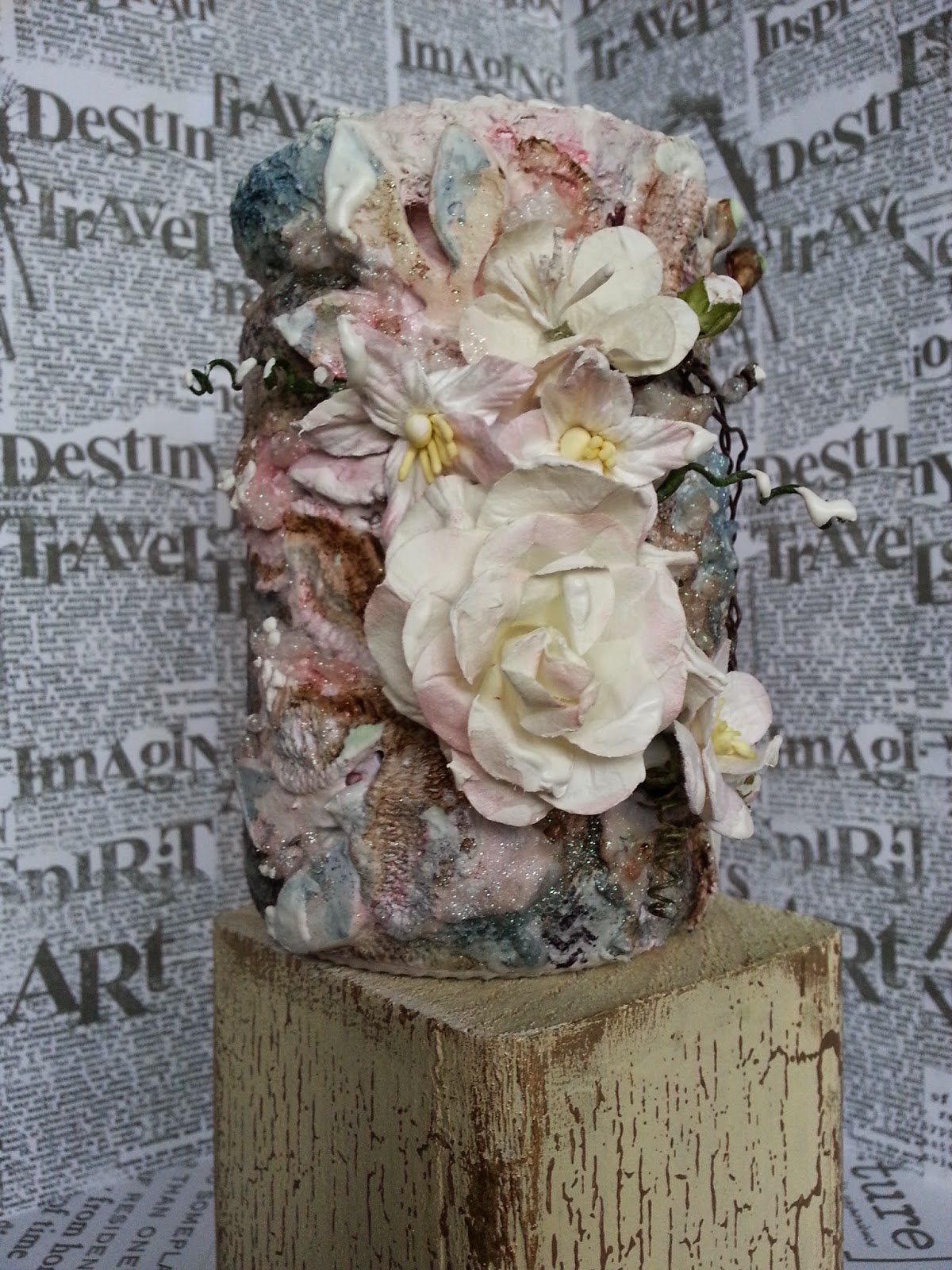 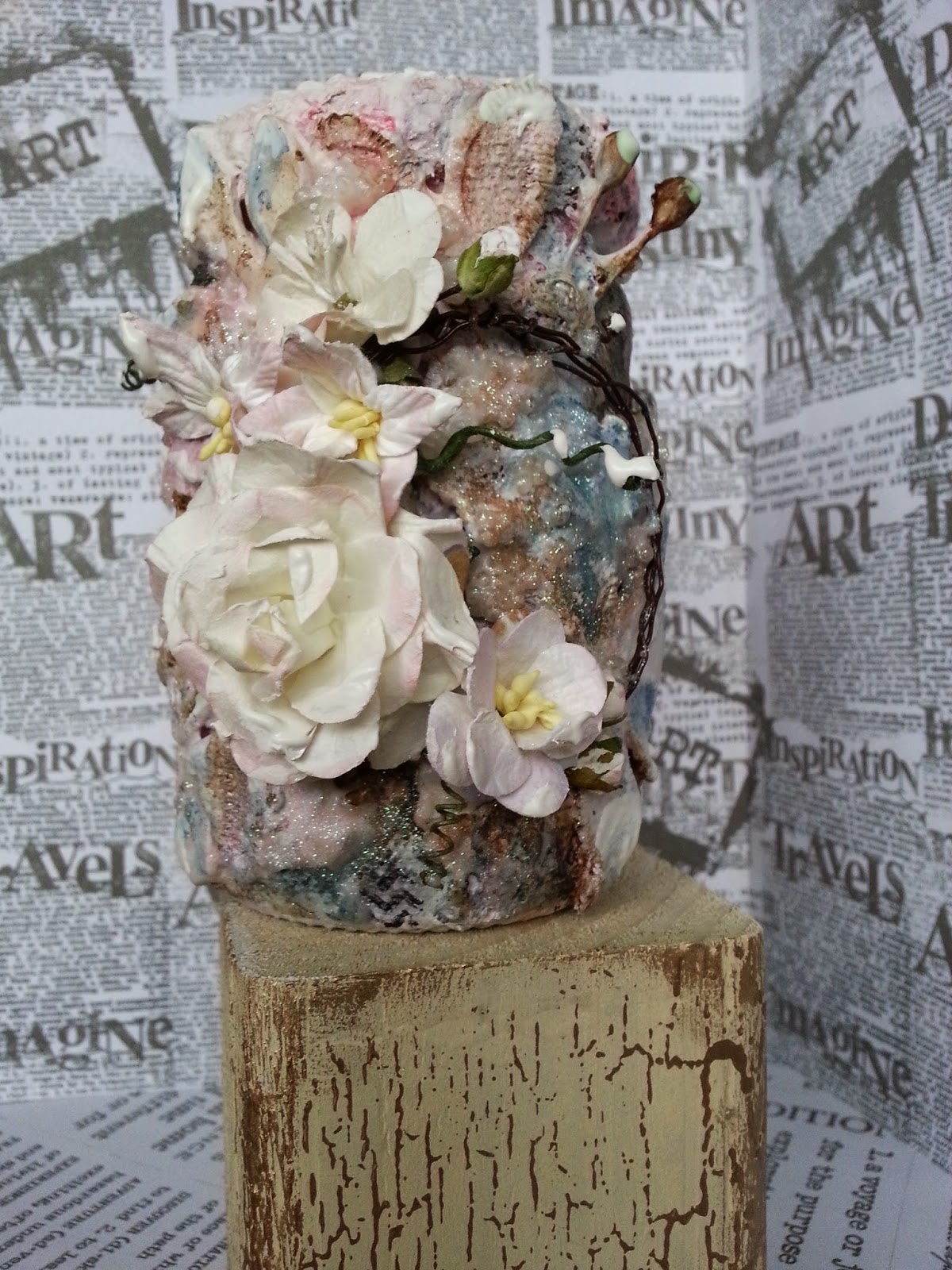 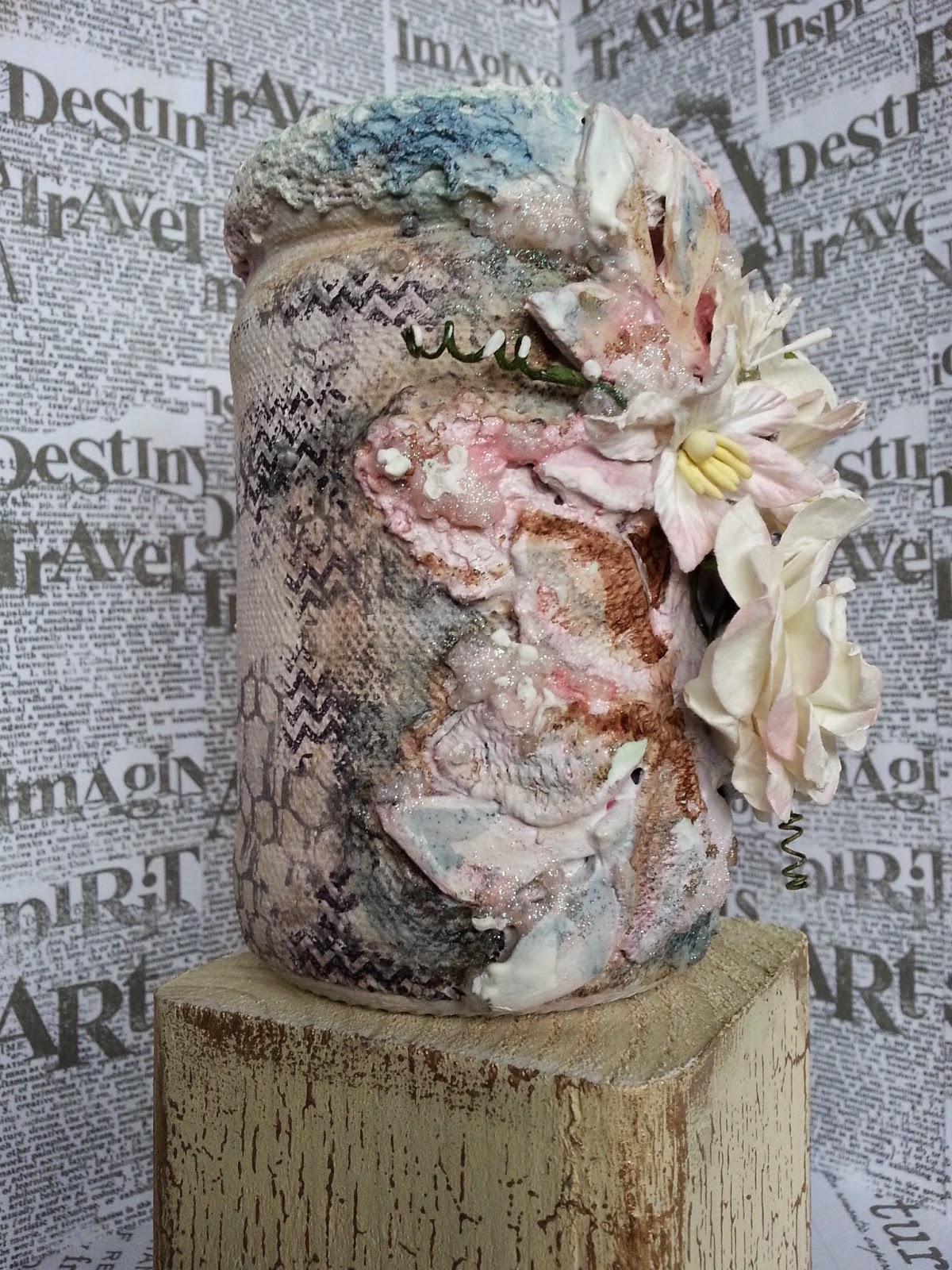 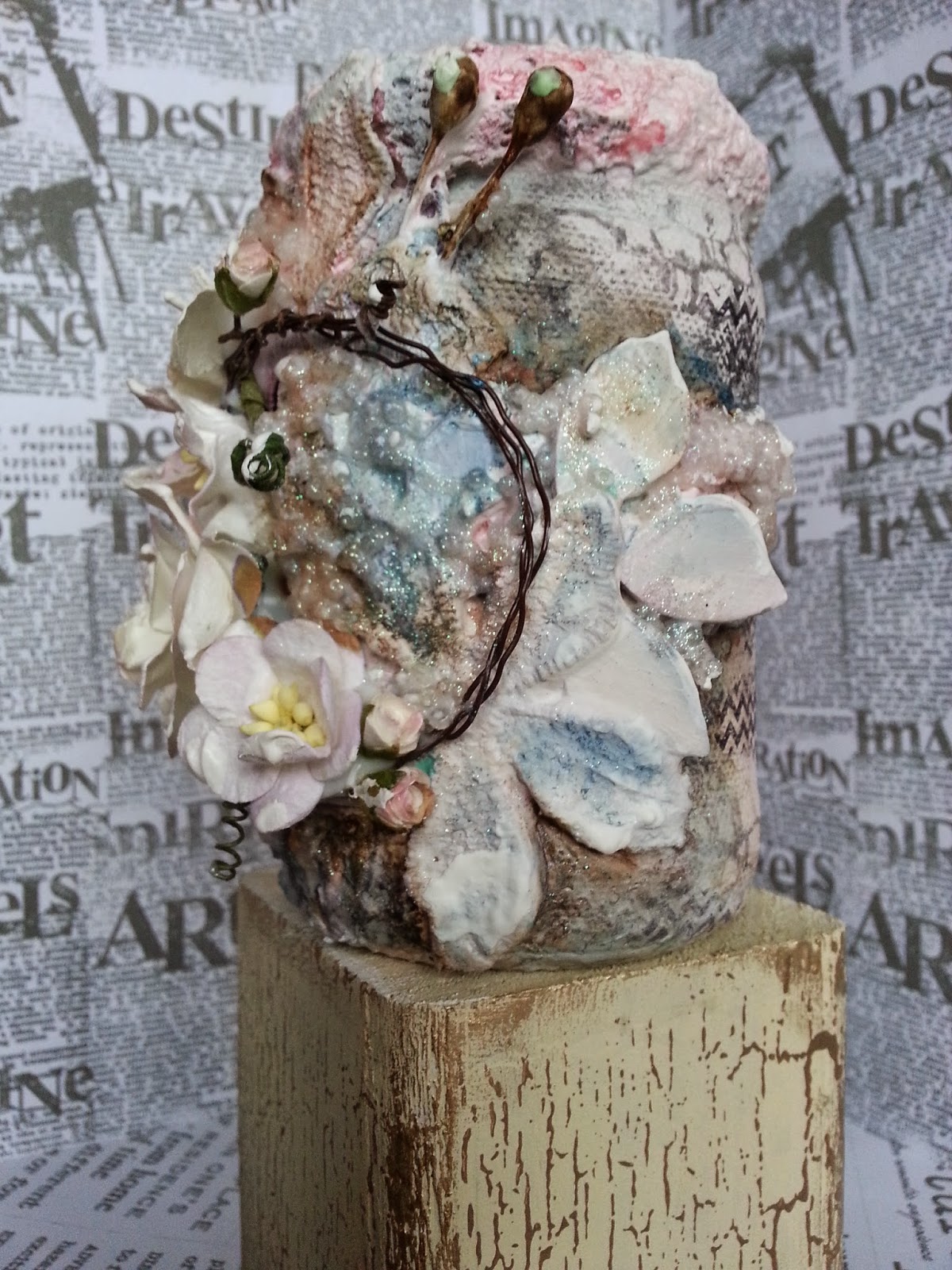 What I really would like to do is paint all of the background black and add in colours.
I'll keep that for another day, will keep you posted.
Posted by sue :) at Saturday, February 14, 2015