Today was a green day! A nature day!

A canvas was painted in two shades of green, texture was added with a bit if paste and interest was added through a mask or two. 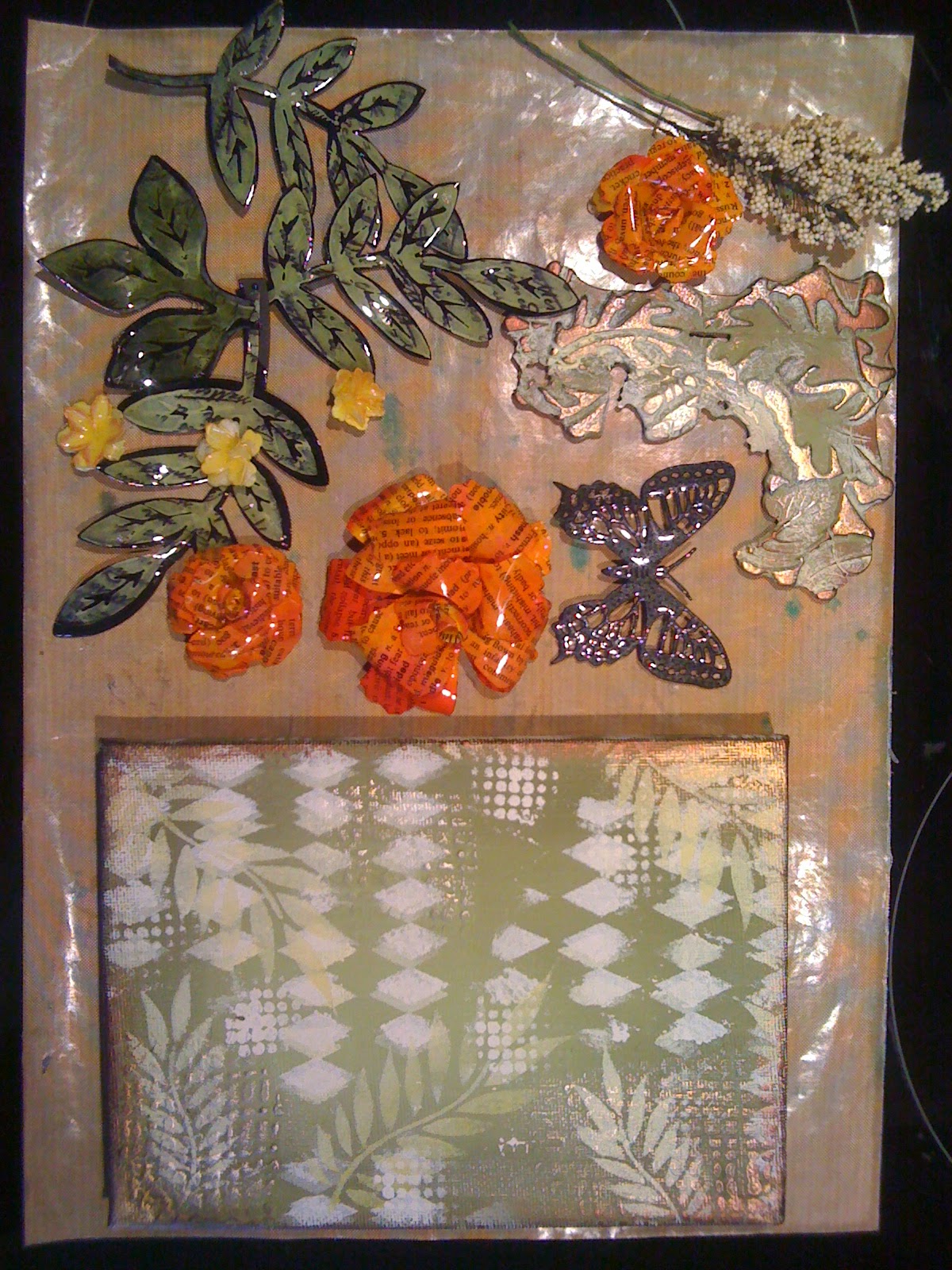 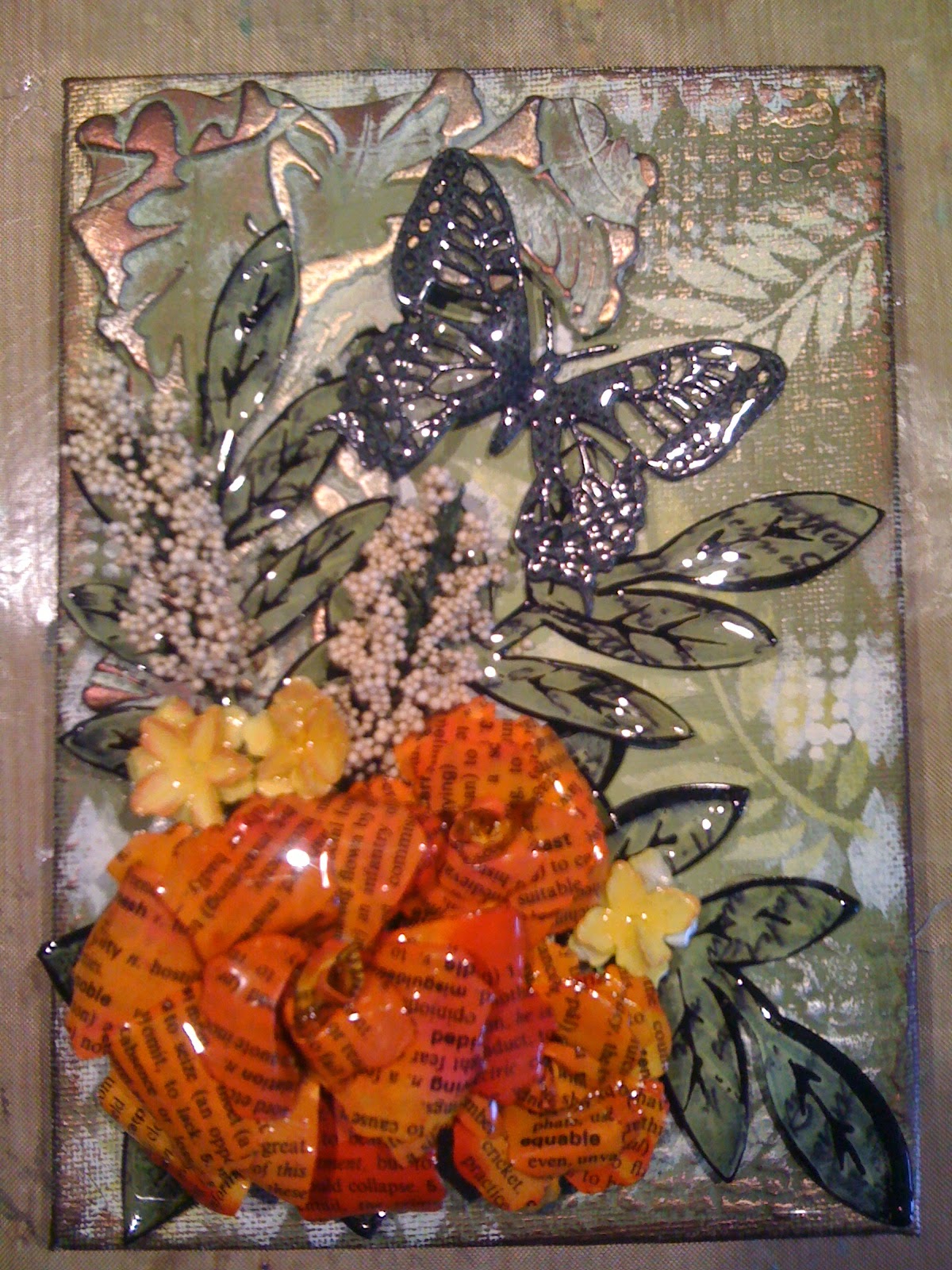 A piece of utee which had previously been left to cool on a texture melt pot mat was painted  to match the canvas. Treasure gold was added to the moulded utee and to the edges of the canvas.

Paint stamped leaves were stamped on in script to make them pop. A small die cut butterfly and die cut flowers (the larger flowers from dictionary pages sprayed with inks) were put into the meltpot.
A few beaded stems were added and all was stuck down with a glue gun.

I did try to utee the beaded stems but that didn't end well and wasn't usable won't be trying that again.