What a busy week I've had all these card and stuff.
Obviously I couldn't  post this until the mothers had received their cards so here they are in all there glory.  The same but different. 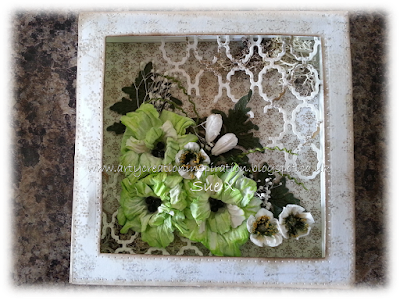 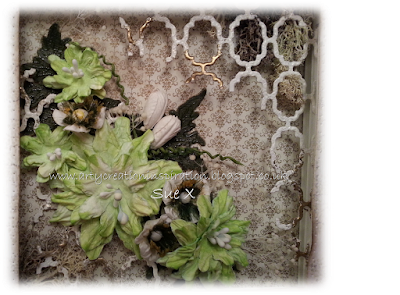 And this is how they were made!
The lattice work was die cut and heat embossed with white sea foam embossing powder then gold emboss power was added in random places to add a touch of bling. 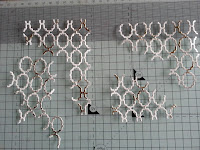 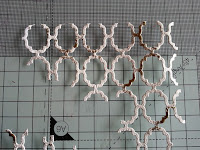 The box front was made using concertinaed card strips slightly smaller than the card size to create a fame. The edges were secured by interlacing the ridges and gluing into place. This frame was glued to the front of the card. 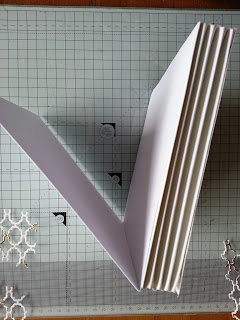 Using a square die set, a frame was made to size  from a patterned card then stuck above the  folded frame to make a nice neat top edge, patterned card again was used to line the inside of the card face. 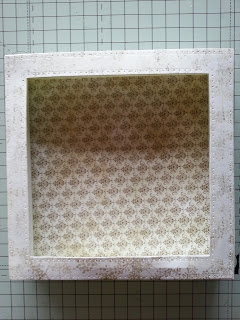 The lattice work was then glued between the folds to give the impression of being raised. 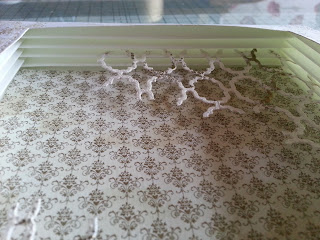 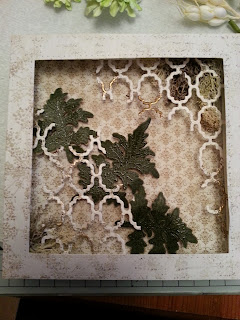 Flowers were made and a few other embellishments were added and stuck down.
Cards complete!
Sue X
﻿
Posted by sue :) at Sunday, March 06, 2016