SOC Week 3
Purple + Purple + Yellow
Wonderful choice of colours this week I can wok with this!
This weeks project sticks to the theme I appear to have made for myself of dresses, however,  this week is more of a ball room/tango type dress with a tail that sweeps down and round the stand.
The photo hasn't quite picked up the colours and detail, I will try and rectify this in the next few days. 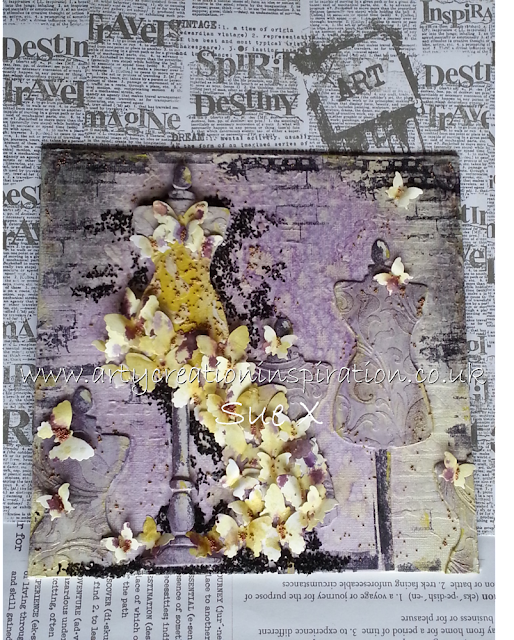 I'm an early bird  this week, mainly because  the gas man was coming to check the boiler so I was up, girls packed  off to school, hoovering, tidying etc all done by 8 am.

I began by creating a base to start, again an 8" x 8" flat canvas  was used.
Texture paste was pushed  through a brick effect stencil directly onto the canvas followed by more texture paste  layered onto body forms which were cut and layered up, these were stuck onto the canvas and all was coated with a layer of white gesso. 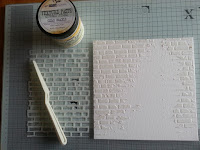 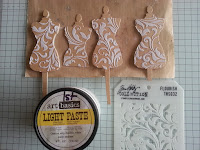 The Canvas was then sprayed with two purples from Lindy's spray gang and a yellow from prima colour bloom.
When the yellow was sprayed it sort of repelled against the purples and left a mottled effect which I thought was quite nice. This was then stamped on to add interest. 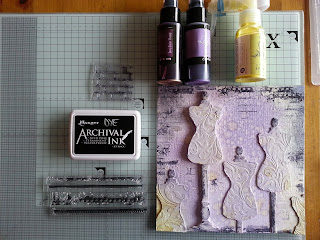 At this point I became a little carried away and forgot to take pictures.  OOOP's.
Basically lots of little butterflies were die cut from white card then sprayed with the SOC Colours.
They were arranged on to the body form and stuck into position.
Black glass glitter was added to create a shadow effect.
Mini beads were also added to add interest to the piece.

Here are a few more photo's 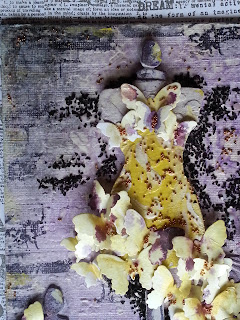 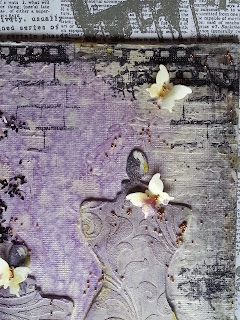 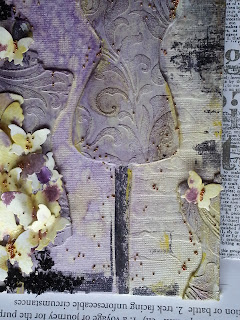 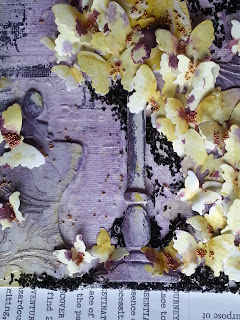 Having time  still left before the girls returned home, I decided to have a go at painting a face.
Many people on SOC  have made such a fantastic job of drawing and producing brilliant pieces that I was inspired to give it a go and it's been absolutely ages since I last focused on just drawing facial features. (Okay , not exactly true, real life features but you get the gist).
This was how it began, I stuck to the two purples and yellow used a touch of black and a tad of white. 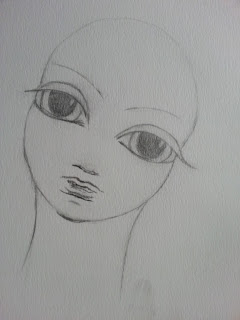 This is how it turned out, it's been a few too many years since I last attempted a face, I'm rather happy with the end  result. 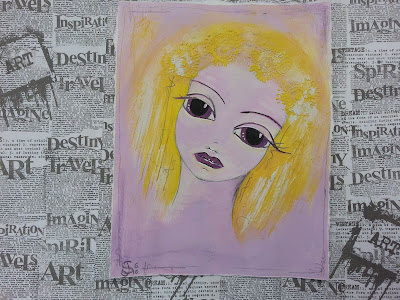 Here are a few more sketch's 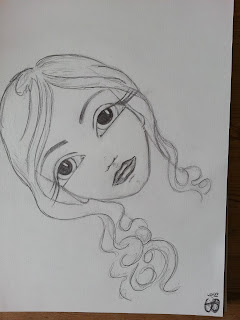 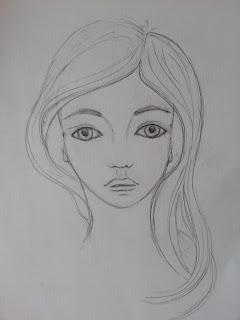 So, now I've bored you all silly hop on over to see more exciting  entries on the SOC 5 Challenge at twinkle twinkle like a star.

Thank you for taking time to have a look at my blog.