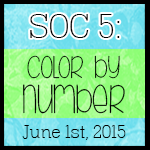 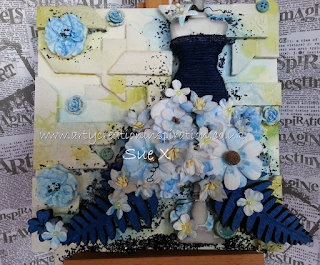 Over ther weekend I had many thoughts on what and how to finish my canvas, then this years challenge on Twinkle Twinkle started, so for the rest of Monday I spent the day thinking dragons, floliage, flowers, monsters the list continued.
Eventually I decided on a Prom dress canvas which I may use as a theme for this years challenge, we'll see.

So with the base of the canvas prepared (on a previous post) I set out on a quest to use the suggested colours. I had bought navy blue twine and decided to use this as one of my blues, coordinating with a lighter blue and a bright green.

This is a quick picture strip of background. 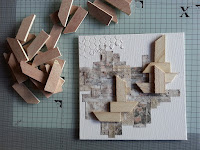 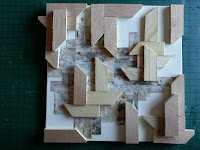 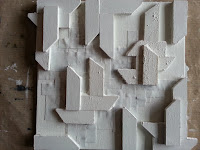 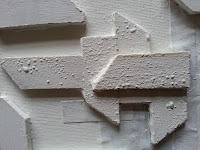 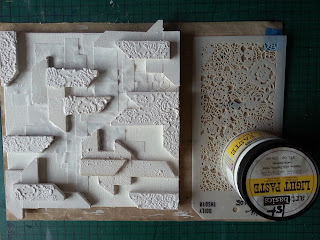 These are the colours chosen. 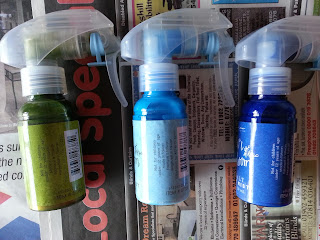 I die cut several body forms to layer up, then I found some moulded paper flowers, some rather nice fern leaves, buttons and bits.
I painted them all with a layer or two of gesso and left them to dry. 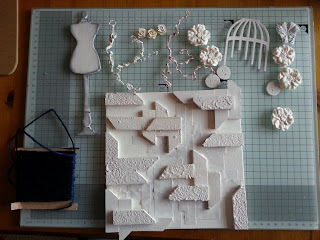 The blue twine was wound around the bodyformand glued to stop it unraveling, black distress ink was added to the edges to tone down the White.
The elements were then spayed with the chosen colours and dried, the canvas initially only had green spray but looked plain so I added the lighter blue too.
The elements were then glued into position and blue and black micro beads were added randomly around the main focal point, and a touch to the flowers too.
Extra blue colour was added to flowers as they were still to white.
Black glass glitter was added to create a shadowy effect.
Week one complete, blue + blue + green (with a bit of black and probably to much white).
Here are a few more photos. 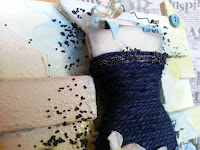 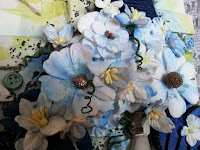 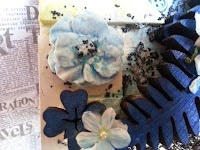 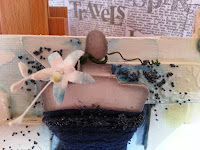 Pop on over to Twinkle Twinkle like a star to see the other entries, the ones I have seen so far are fab!