Another Monday, another load of weekend washing and cleaning.
I would like to have a cleaning free Monday but in reality that's never gonna happen.
I always make sure the washing basket is empty on Friday, I even hound the girls for their school uniforms the minute they step through the door, so that by 5.30 pm it's washed and drying.
Yet by Monday, two days, the basket is full and that's no joke.

Anyhow, I did manage to make a canvas.
This one is PINK! 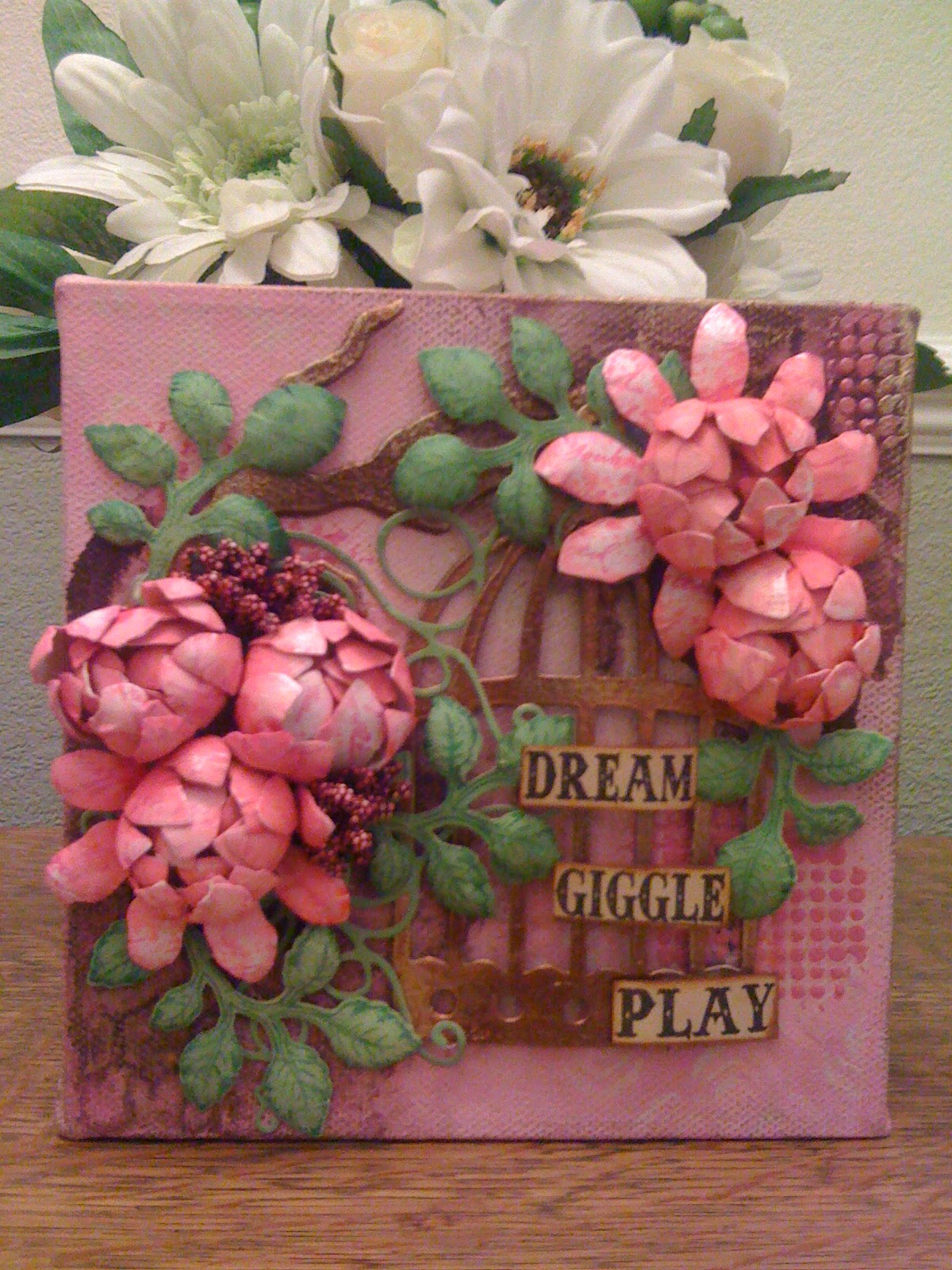 I began with a blank 6x6 box canvass. I have some glitter texture paste which I'm not keen on, I'm using it underneath the paint layer put through a Tim Holtz Mask.  The paints I chose were Honey Dew, Orchid, Candy Floss and Sherbet (all Paperartsy), these were painted on the canvas and mixed by dry brushing the colours together. Then I mixed Squid Ink with water and sprayed it on the raised textured areas and then let it dribble down the canvas. 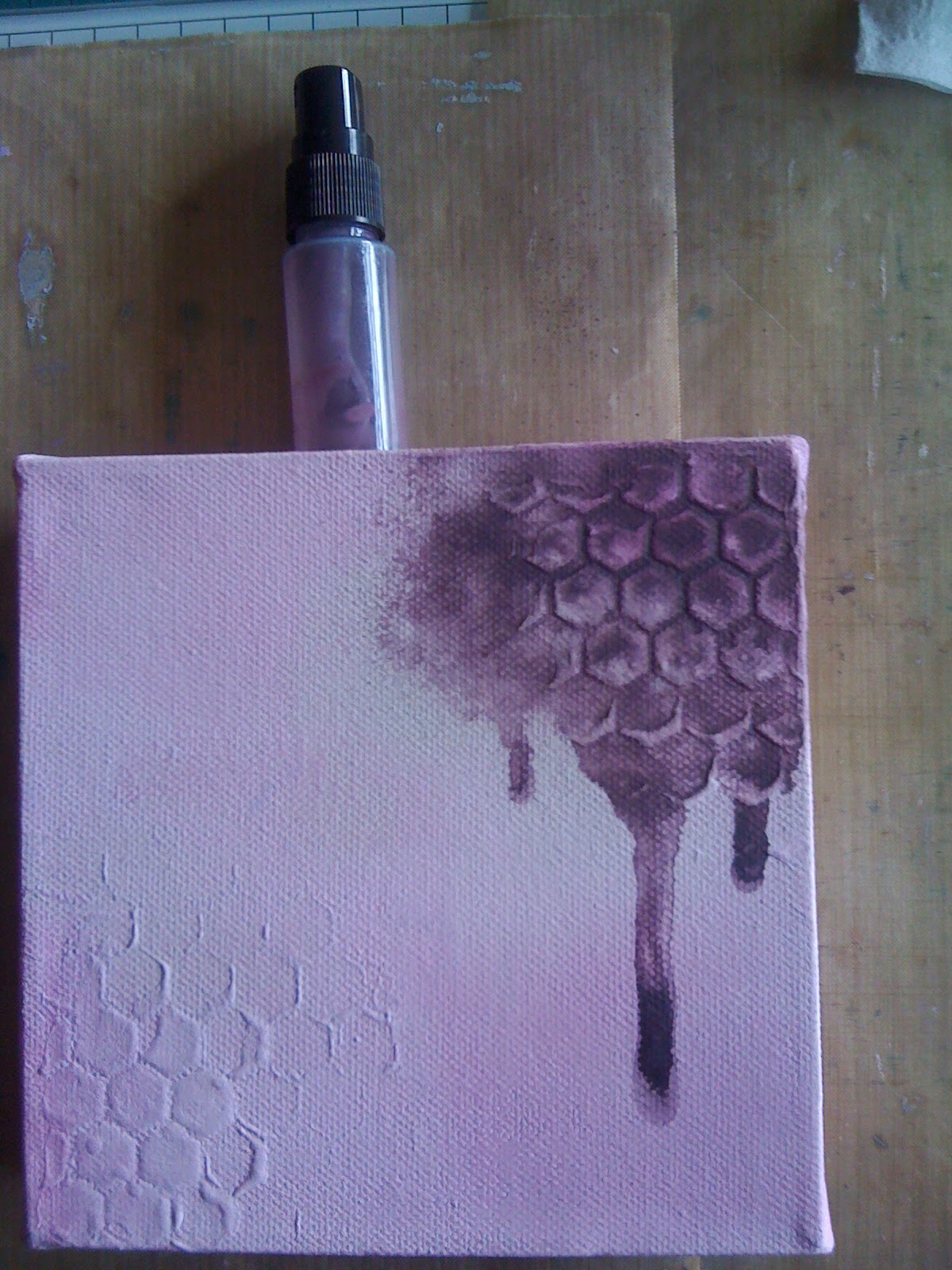 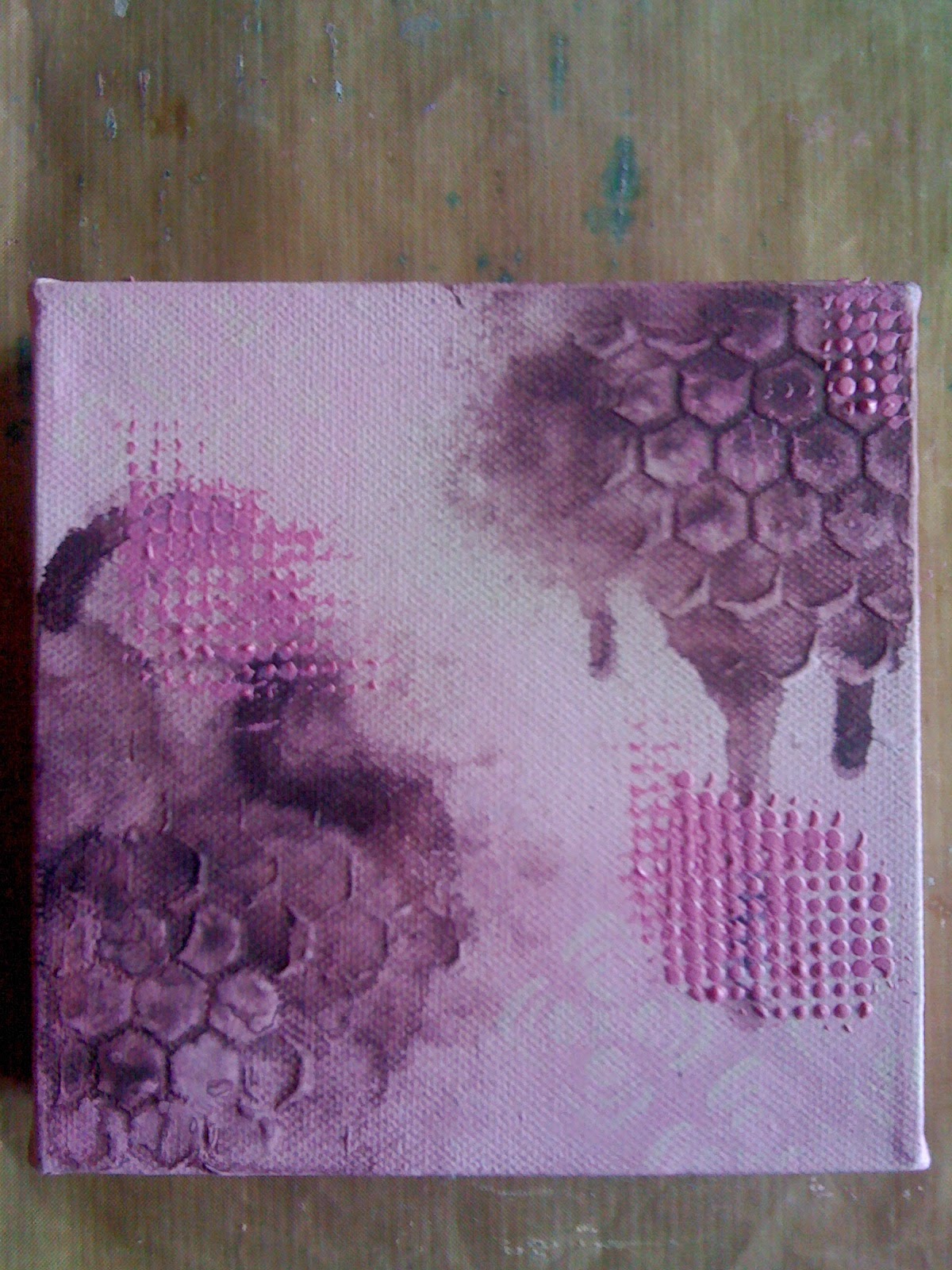 Mixing a little Orchid paint with clear texture paste gives a glossy appearance to the texture when it's dry, this was added  to the canvas while wet of course, treasure gold in White Fire and Onyxite was also added to the raised texture.

No melt pot butterfly's today, instead we have Tim Holtz bird cage die, and, a die cut branch which has has been sitting in a draw waiting to be called upon, both were embossed with copper, treasure gold was added to change the way it looks and dull the copper tone.

Flowers were made by spraying dylusions inks on plain card the flowers we're die cut, stamped with script, shaped with a ball tool and stuck down along with a few die cut leaves from card with was brayered with tinned peas and another green with slips my mind at the moment, it was stamped and shaped and stuck down.  A few beaded sprigs were added and a couple of tickets were trimmed down and added to the design.

At this point I remembered Hels Sheridan-Ink on my fingers, had a new Sunday Stampers Challenge
DREAM, which is one of the words on my canvass so I'm going to link it up, well I'll try.