My friend Rebecca and I have decided to attempt to set up some mixed media workshops.

We want to do it in the local area as we are so fed up with having to travel for two to three hours to get anywhere, we felt that there must be other craft minded people who would like to join us.

So far though, we seem to be going nowhere. Very disheartening.
We have tried the local kids craft club to hire  their "Party" room (the chairs, tables and bench seats are definitely not for adults to sit on). We could hire the downstairs on a Sunday, but this would cost twice as much for special openings and we would have to pay for a member of staff and extra for tea and coffee.

Then we thought of the local village hall, the cost of which was also eye watering.
As we sort of live in an area where two villages have merged over time we tried the other villiage hall, sad smiley face.

We are currently waiting for the local Methodist Church to come back to us, as they have various rooms of varying sizes which host many groups (rainbows, brownies, scouts, church groups, children's clubs and much more).

Anyhow, feeling brave one wet morning I rang a not so local craft shop that I knew had a craft room and arranged to go see the room. The lovely lady was accommodating and the outcome is that we can use their room and show some messy painty, inky, texturey type of technique's once a month on a Sunday.

As I like to be prepared and organised, I made a little something out of a card box.  (I used to work in accounts, I know, very sad and a bit of a control freak, I also helped out in the local first school which my daughters attended and you have to be  prepared to get through a class of thirty small people making various cards/art projects).
I was actually pleased with the outcome. I just hope I can guide the lovely peeps through it so they take home a finished project (the workshop is only two hours long).

This is a picture of what we're going to do. 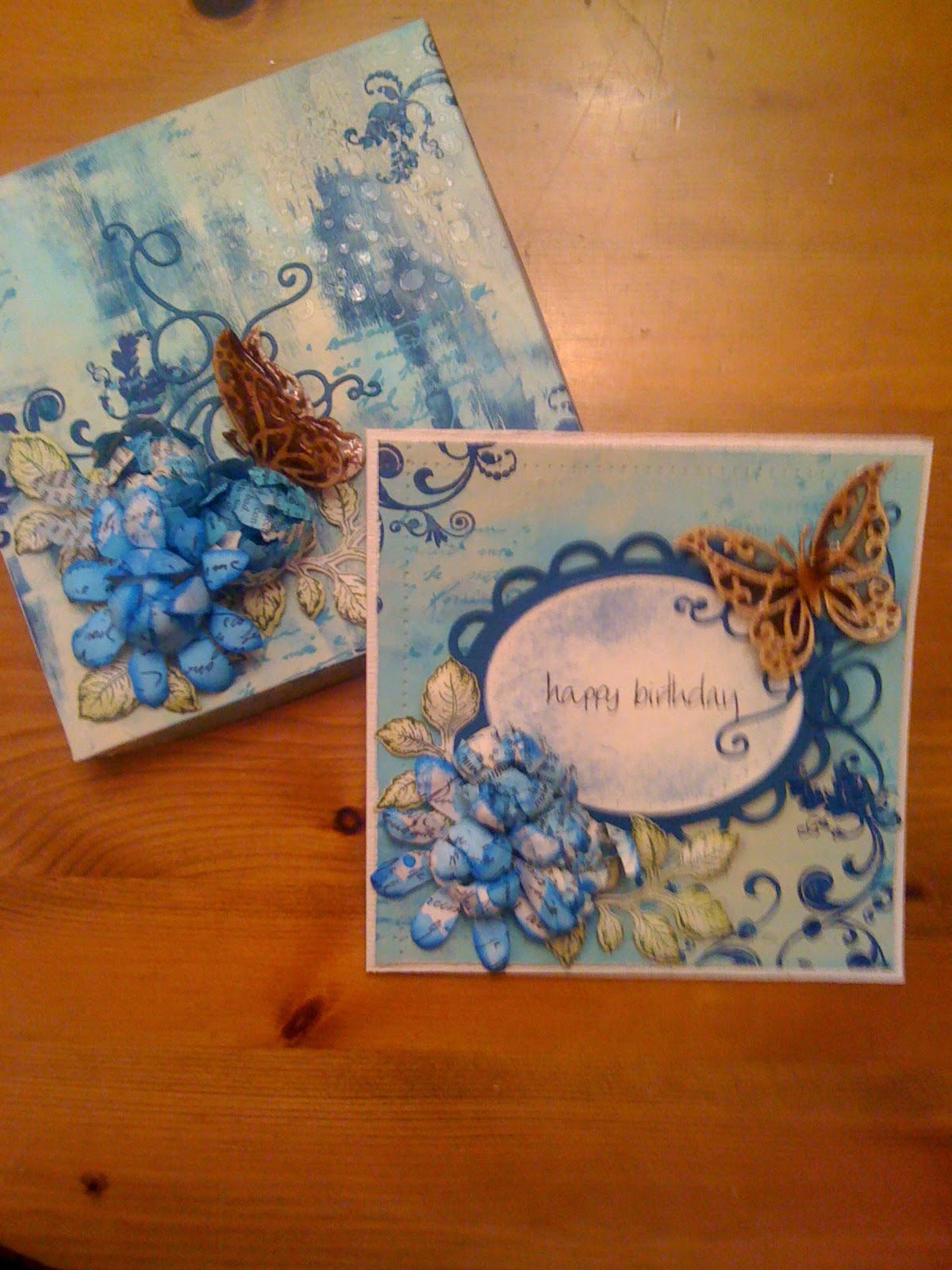 The box and card topper was brayered with three co-ordinating paints, there is a little texture paste on there, stamping with paint/ink. There are die cut swirls and flowers, shaped with an embossing tool coloured with stamping and spray inks all of which has potential to be a little messy. 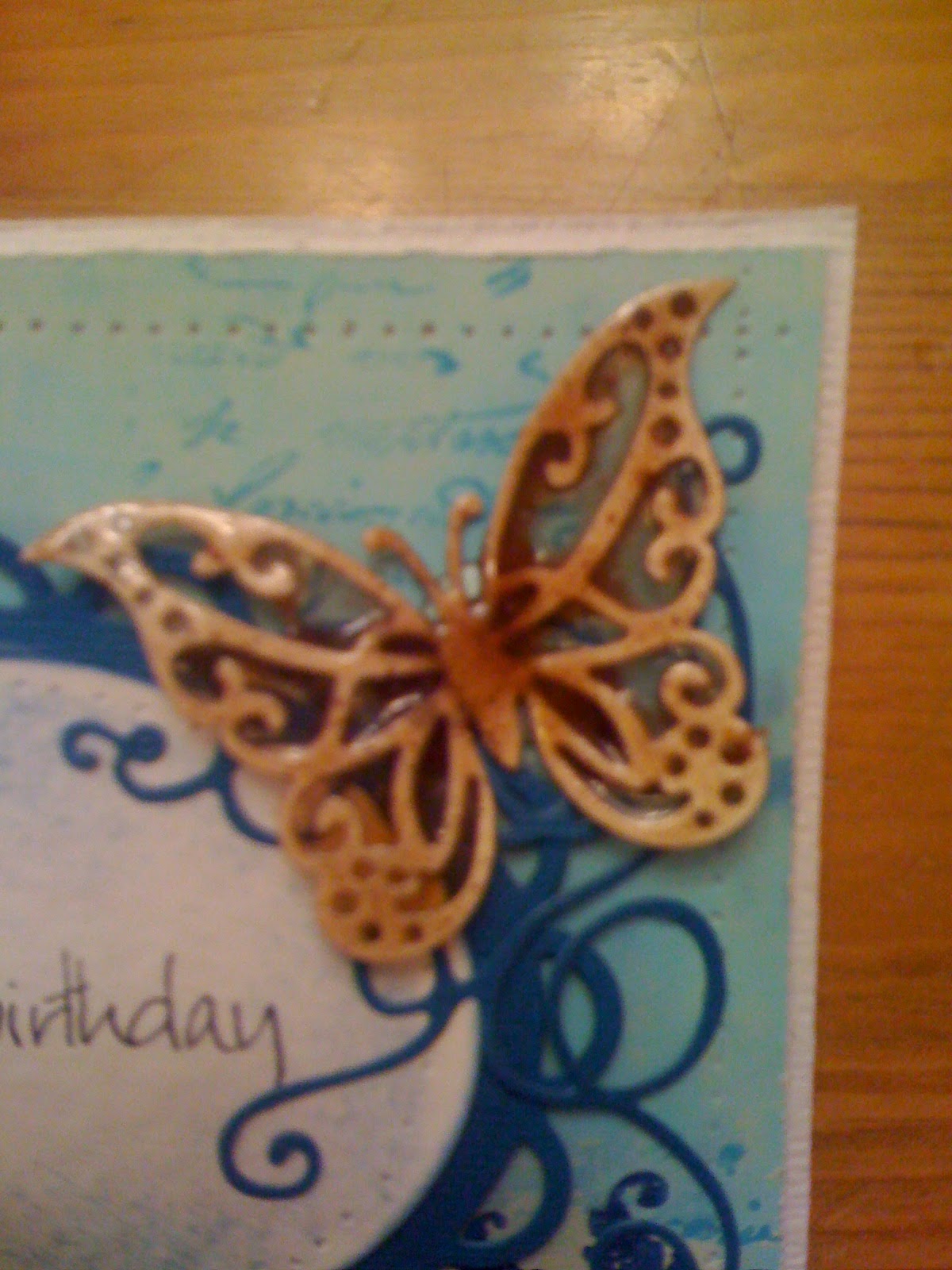 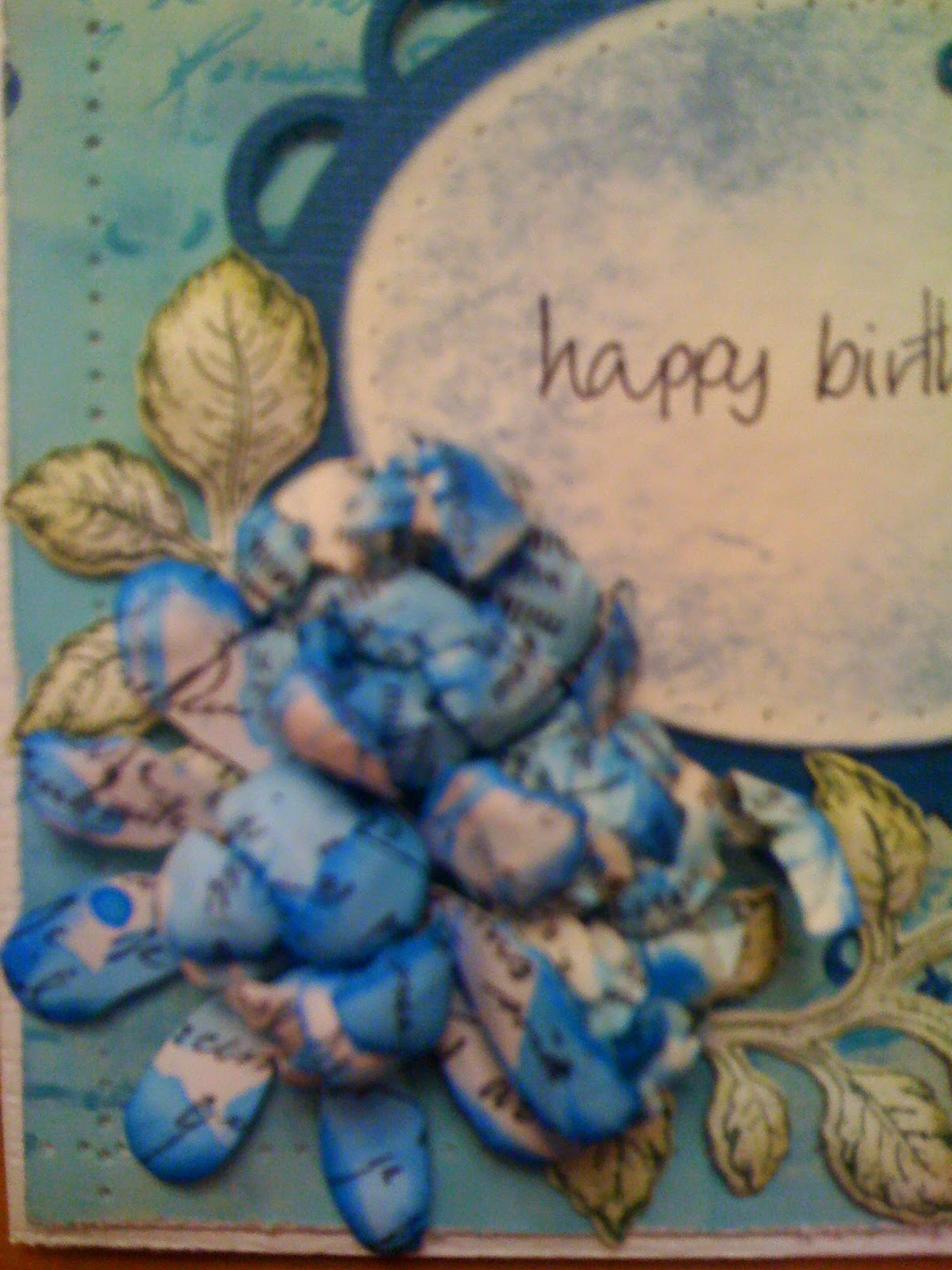 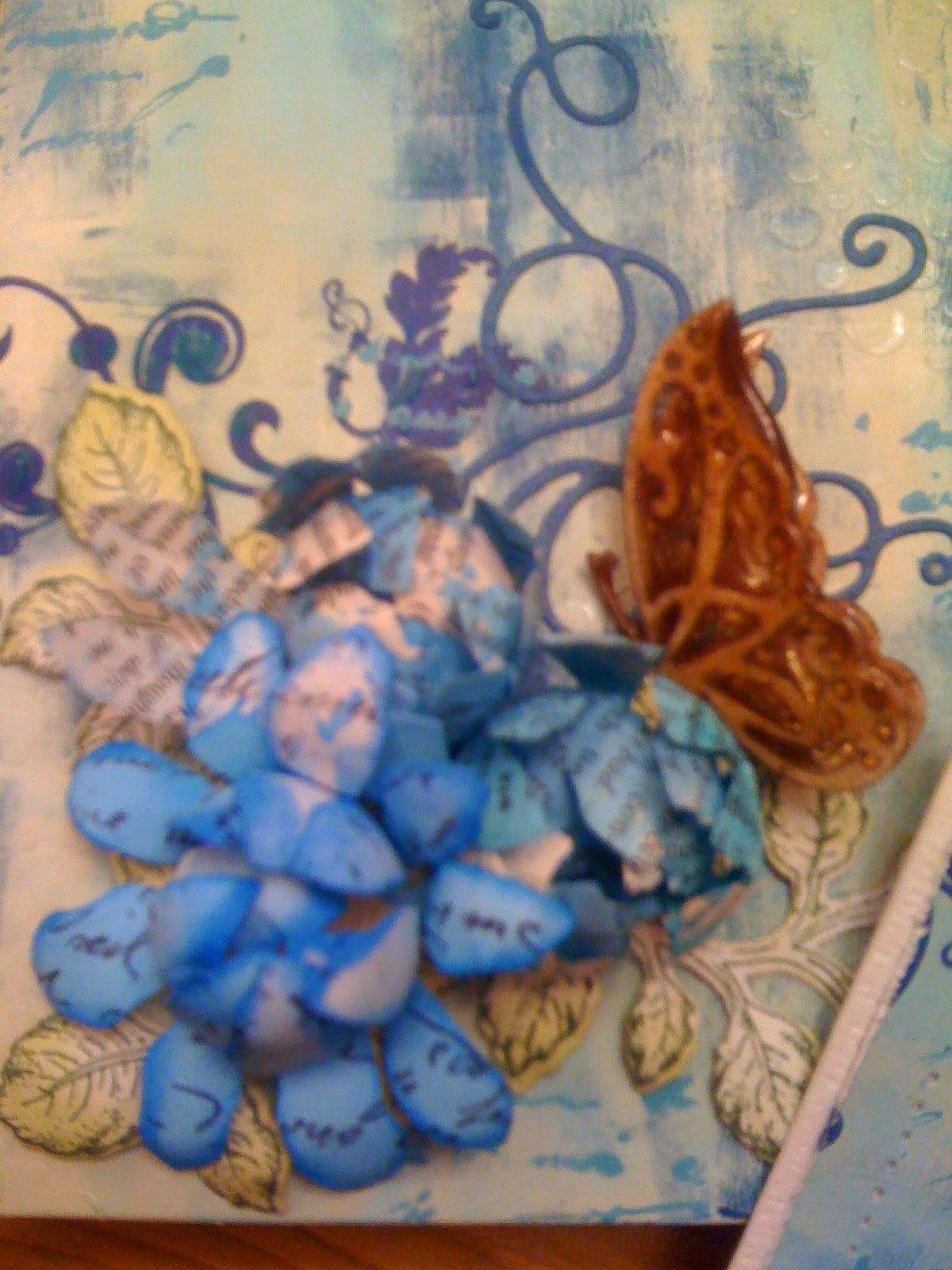