I've been getting messy again.
What do you think? 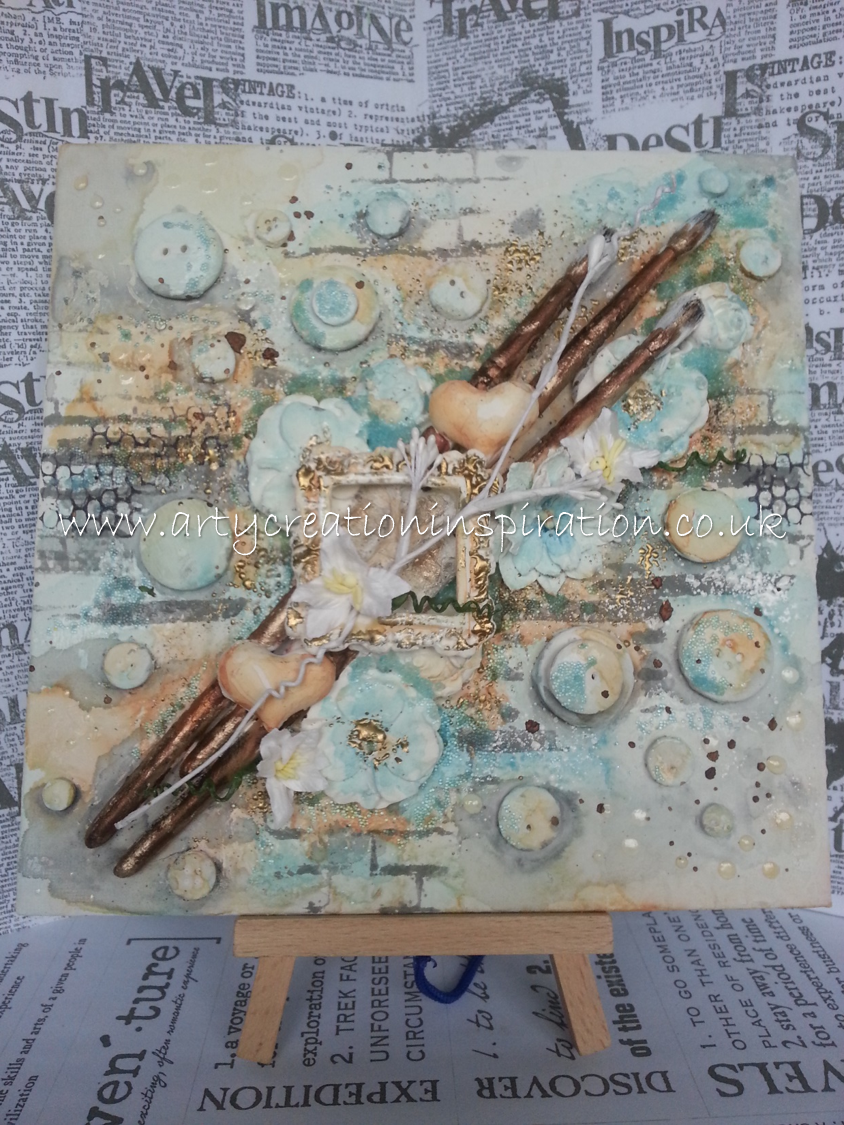 Now then, this project began life as something rather different.

It was pink for a start as you can see and although the background was layered and looked ok I wasn't happy with it and it needed something else, boy did it get a revamp. 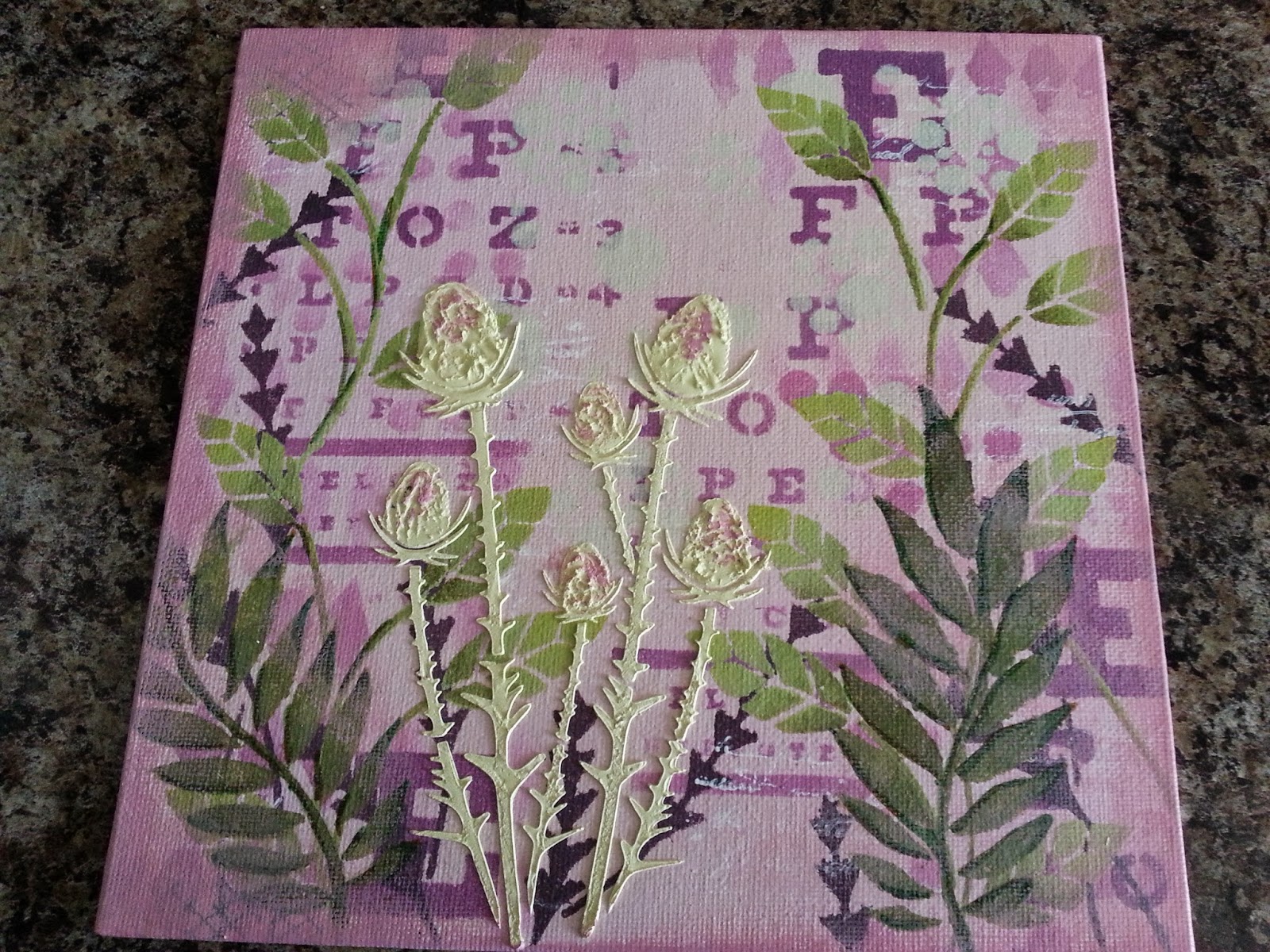 I began by painting it all white with a coat or three of gesso.
I found several paper clay flowers from previous projects and a few paintbrushes which basically weren't worth the time of day, just glad I didn't pay good money for them ( they were free with some inks). Everyone knows that a good paintbrush is your best friend.

Sometimes I loose my way and do things in the wrong order, but when you are in the flow of creating   and it's unplanned you  just go with it.
Next up I linked the paintbrushes together with string and layered them up with paper clay flowers using 3d gel medium I stuck them down to the canvas.
Then I decided to add some texture paste so I had to work around the brushes and flowers. A few ugly buttons and a paper clay frame were added, then another coat of gesso was used to cover the piece to neutralise the canvas. 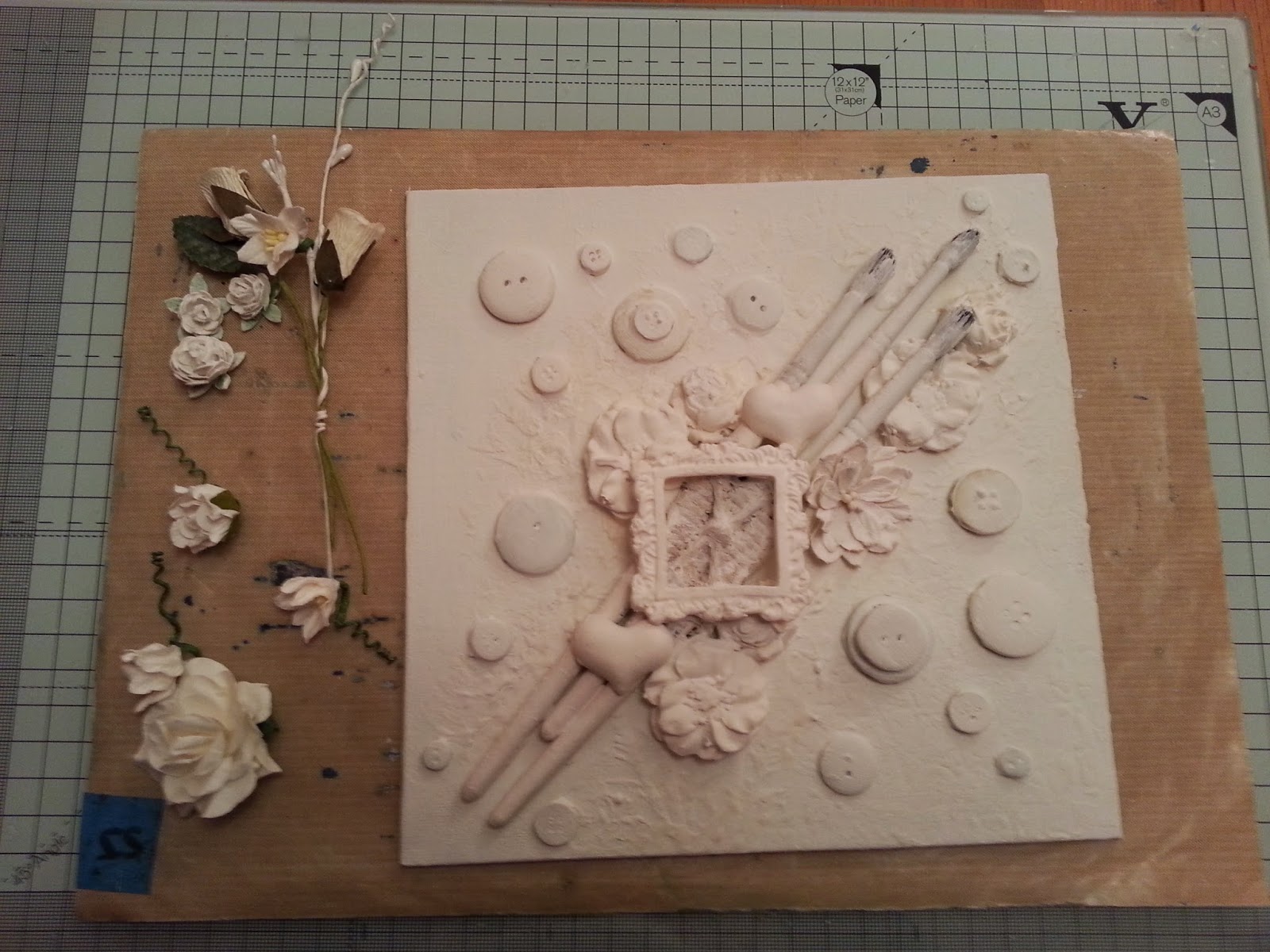 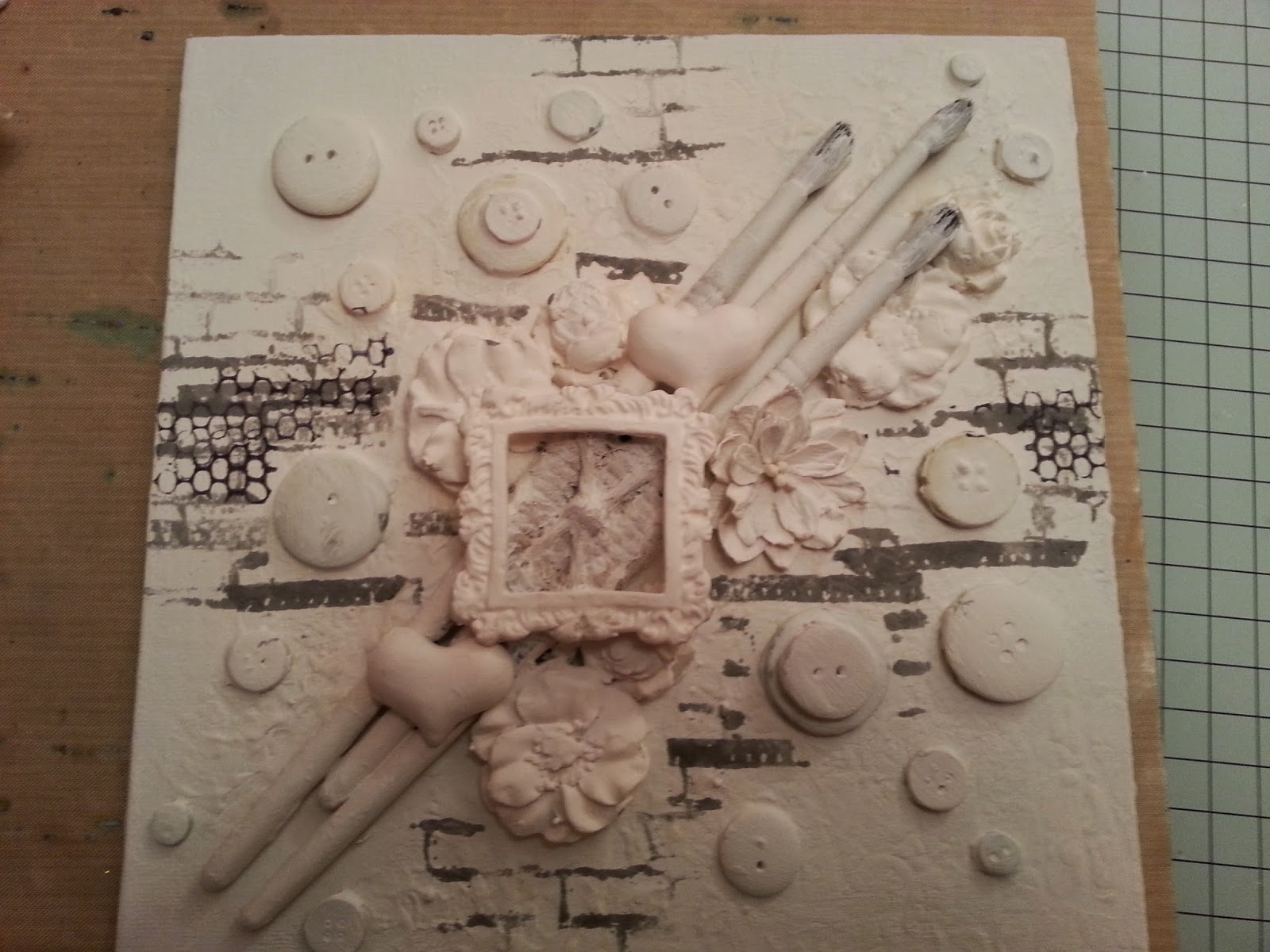 Some random stamping was added to the background in Black and Watering Can Archival Ink so that it wouldn't run when using water colours.
Broken China, Rusty Hinge and Black Soot ink pads were used to add colour to the canvas by pressing the pads onto the craft mat and using them like watercolour paints adding water to loosen the colour and create pools of varying intensity.
Micro beads were added to soft gel medium and added to the canvas, Utee was added in a dull gold and white, this was sprinkled over the canvas and heated from below.
A few blobs of glossy accents were added to the canvas along with some shop bought flowers and twigs.
This is how  it turned out. However, I wasn't happy something was missing and so colour was added to the brushes using a brown silks paint, Treasure gold was also added to give the a bit more definition.
A few more paint splatters were added too.