I began this canvas on Friday morning just as the eclipse was about to show or not, depending on whether or not you had the special glasses to see it with.
Here in sunny wolves the sun shone and not a cloud was in sight,  the sky darkened a smudge but that was it. I tried the pin hole technique and failed. oh well, there's always next time.

I have to thank my big daughter (Georgie 14) for the inspiration for this one, as if I hadn't been hunting for canvas's for her for a school project I wouldn't have found the canvas I used. 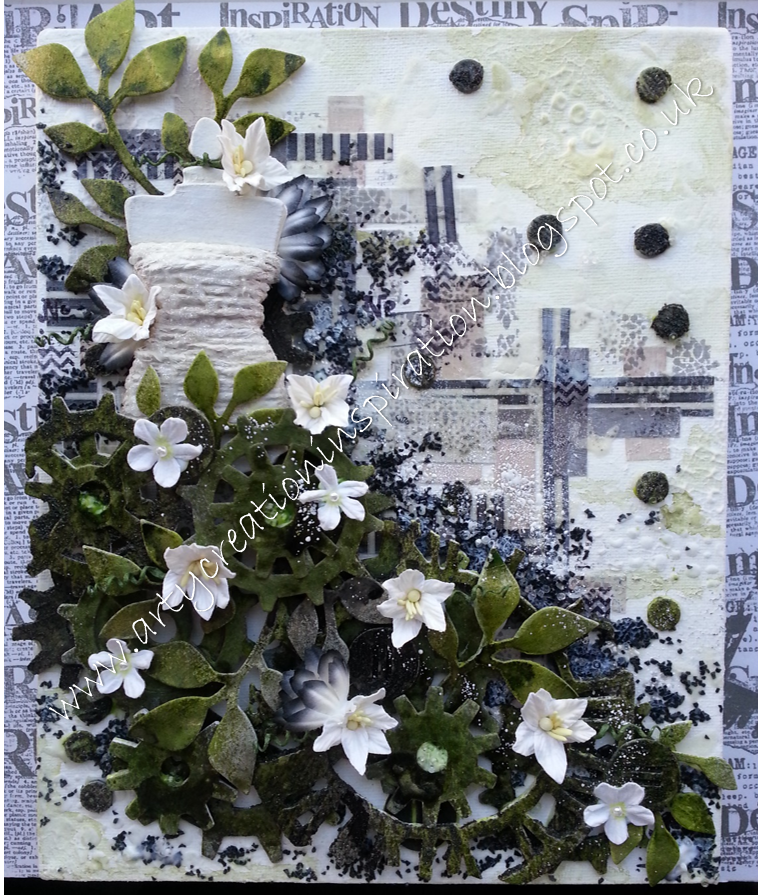 Back to business, I die cut the dress form from grey board, about six layers in all. Snipped the upper layers to create detail and glued them together.  Once dry regular string was wound around the centre of the form and secured in position followed by a coat of gesso.. 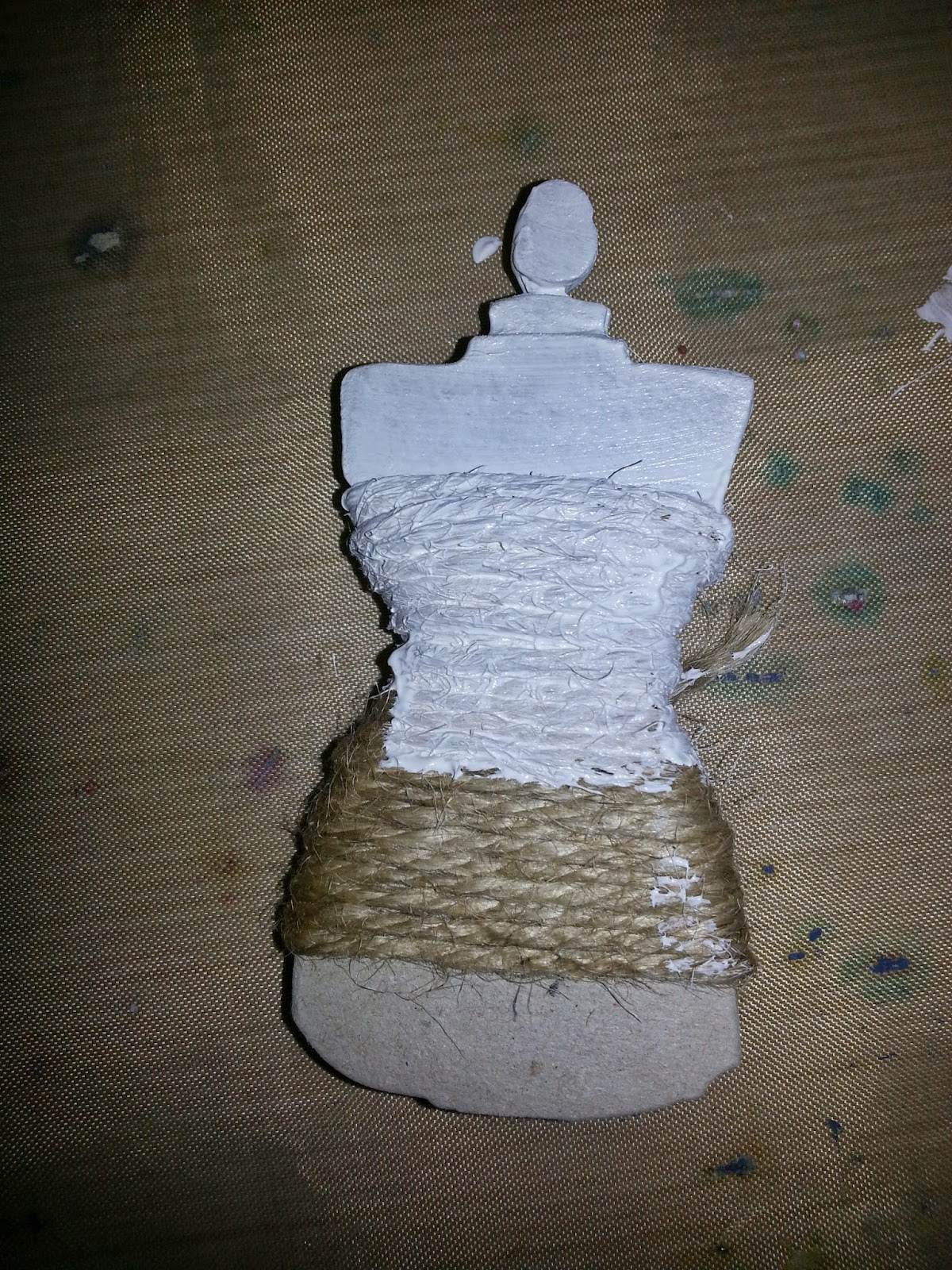 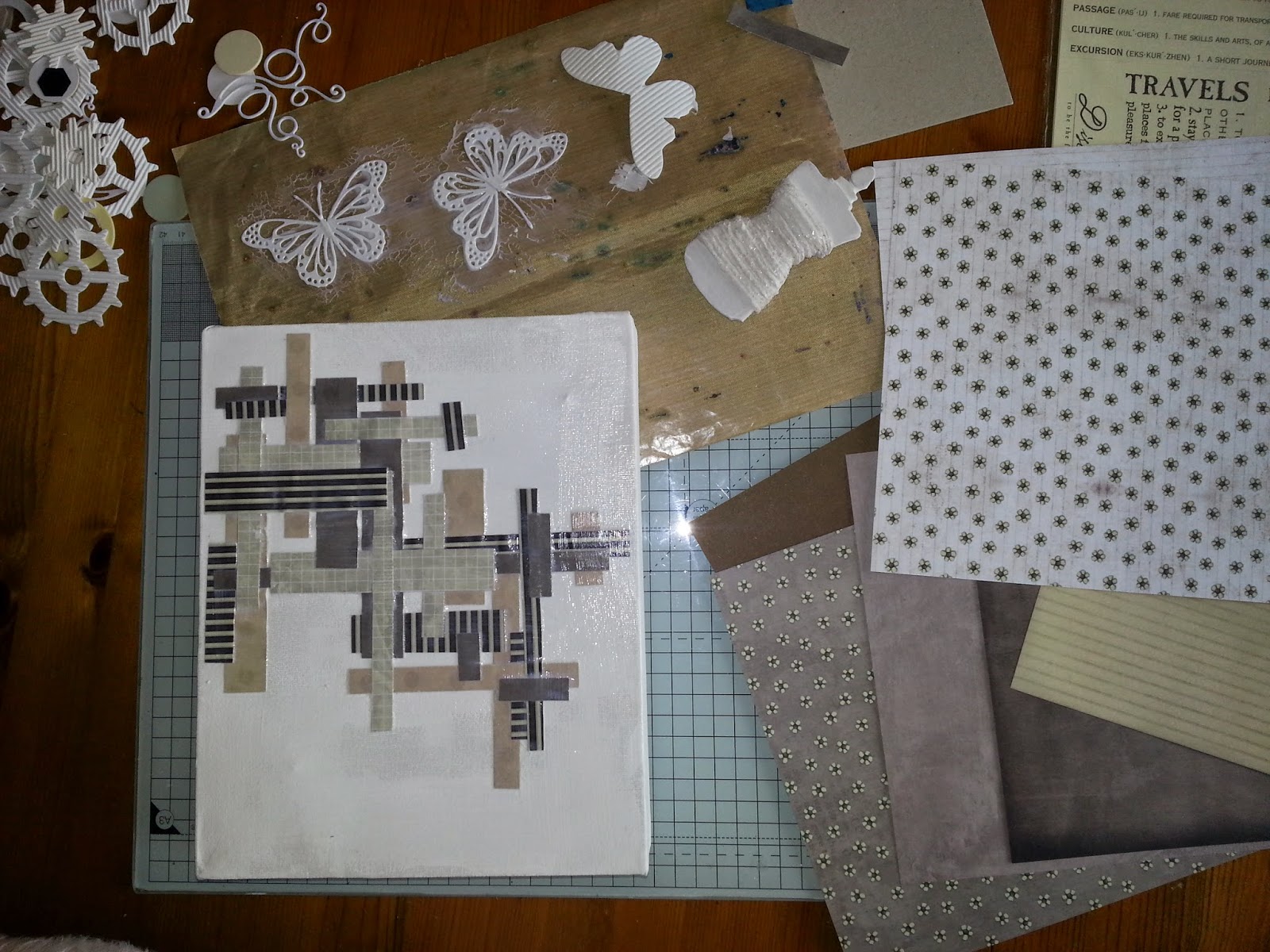 The canvas was primed with gesso to start, paper was layered onto the canvas followed by  texture paste through masks (just two one butterflies and one dots didn't want to overdo it).
Followed  by random stamping. 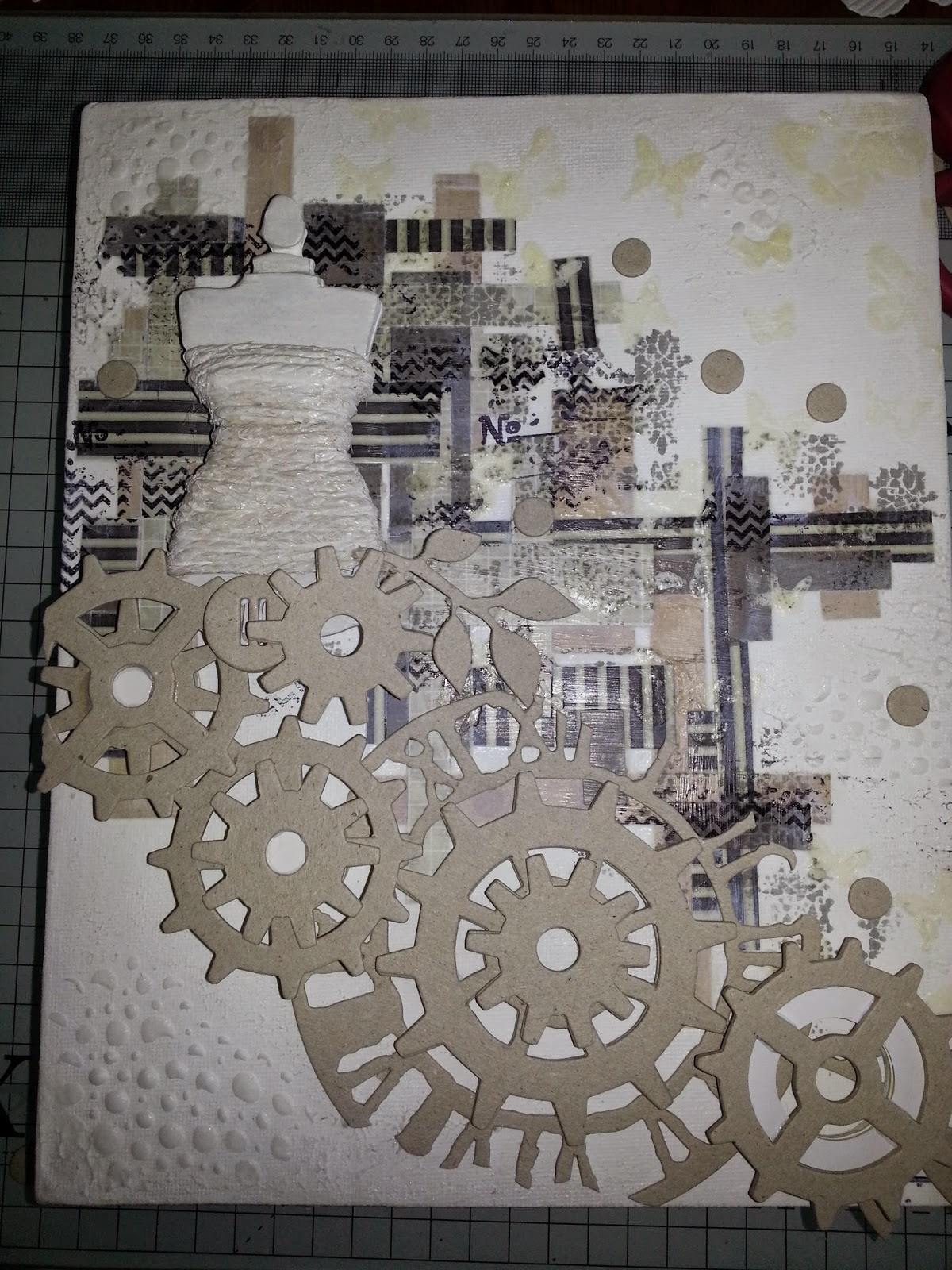 Cogs and leaves were die cut from grey board then coated in gesso, once  dry they were sprayed  with green and black tones of mica ink sprays.
These were arranged on the canvas and glued into position. 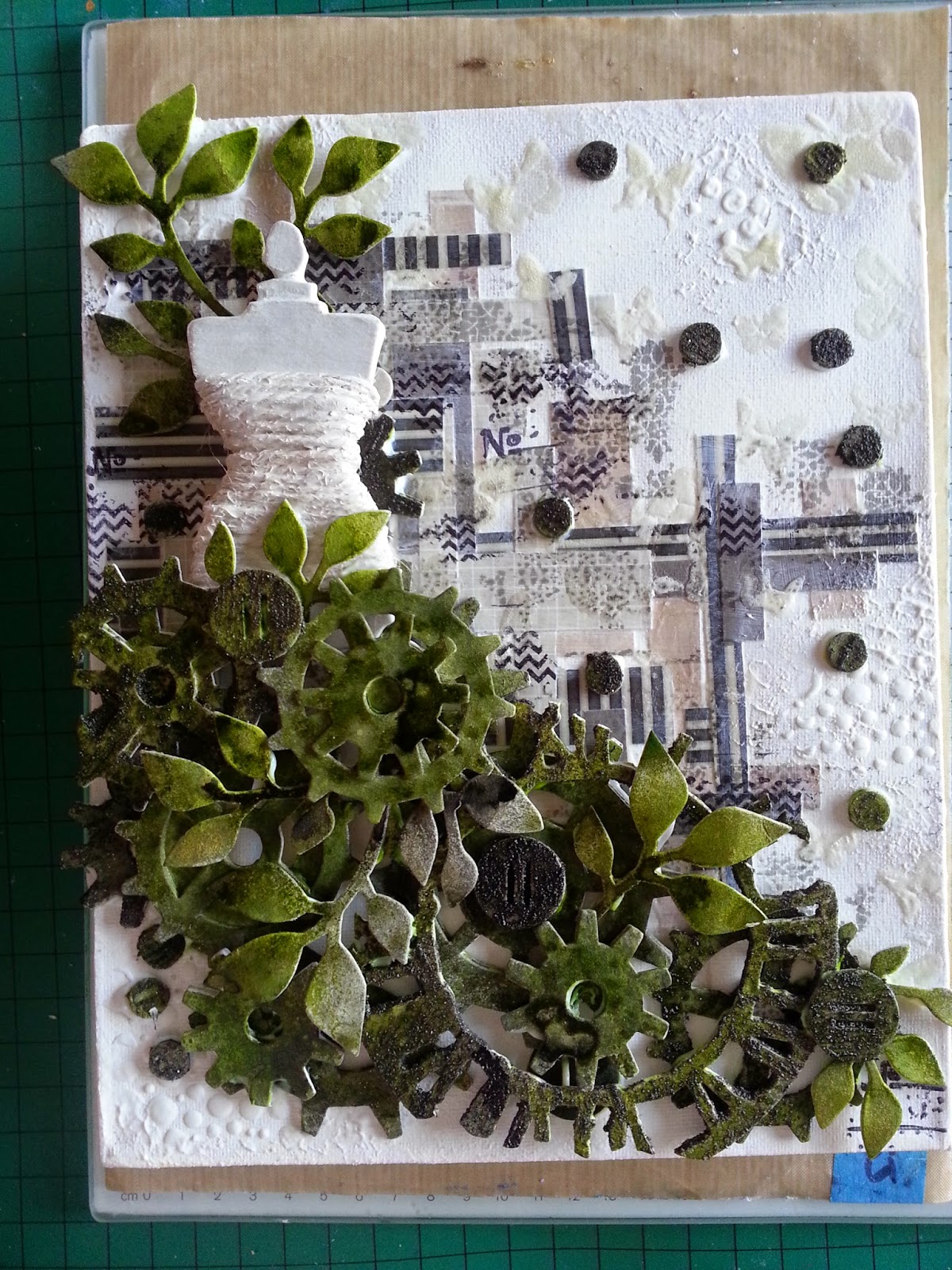 Glass beads and black glass glitter were mixed with soft gel and added to the project.
Watered down ink was added randomly to the canvas to run and pool in areas around the dress form, along with white UTEE sprinkled around then heat embossed. A few shop made flowers were attached to complete the picture, then, I added a tad of white gesso to some of the edges, which absorbed the green ink and didn't remain as white as I'd hoped.
There you have it mission complete.

Here are a couple more photos. 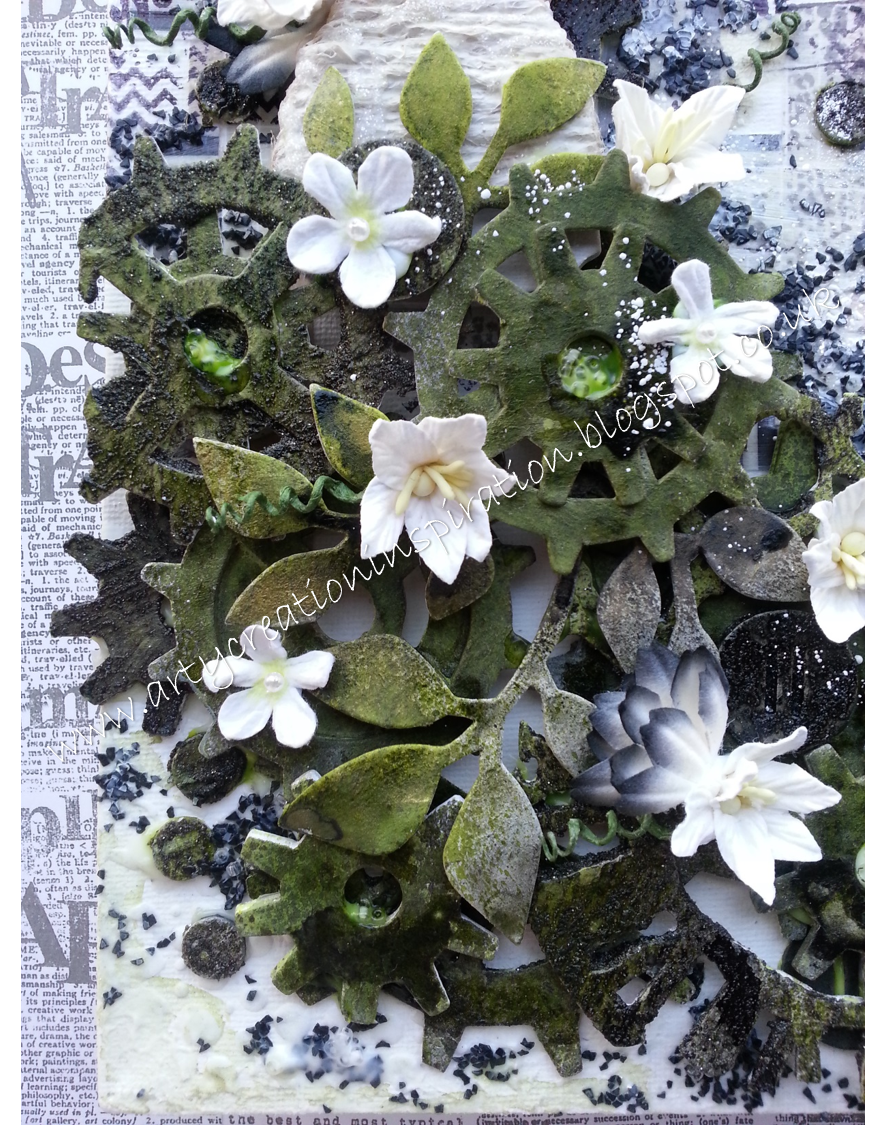 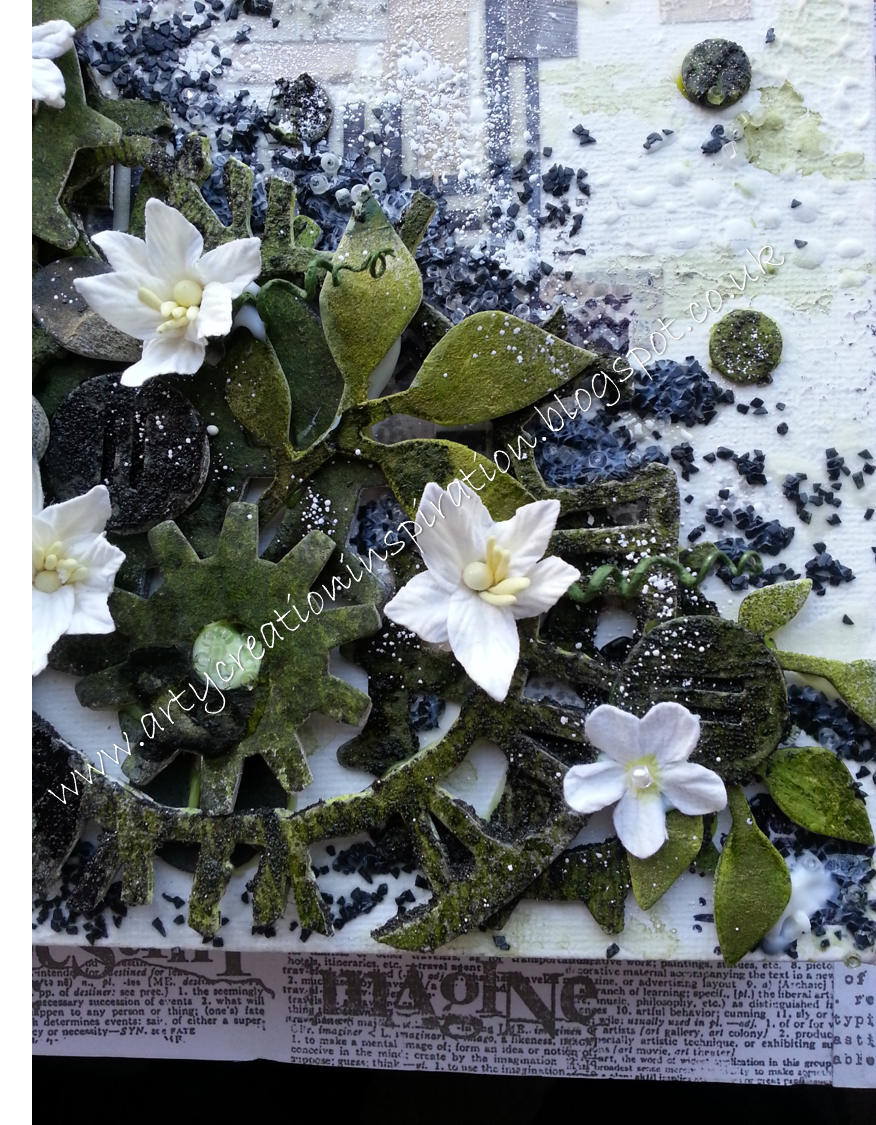