A Day of Crafting

Monday was a stay out of the dinning room/craft room/work from home room, because of hubby having a  working from home day.

Tuesday, however was a craft day.
I collected my sister-in-law and made us a drink, (need tea to get the old brain cells motivated) had a chat as you do and then began.
For my birthday I was bought a nest of boxes and thought it was an ideal time to decorate them, so Nola and I had one each.
We began by painting a base layer of a pale green, once that was dry we added pale pink then yellow, dry brushing the colours over the surface until we were happy with the way it looked.
Next we stamped in a purple/lilac paint music notes and a swirly leaf at random places on the box.
When I had collected Nola she bought with her a mass of dies, I thought it would be rude if we didn't use a few of them ,  Nola chose a few flowers and swirls which we cut out made up and added them to the box lid.
A touch of stickles was added for a touch of bling.
This is how they turned out.
Here is Nola's. 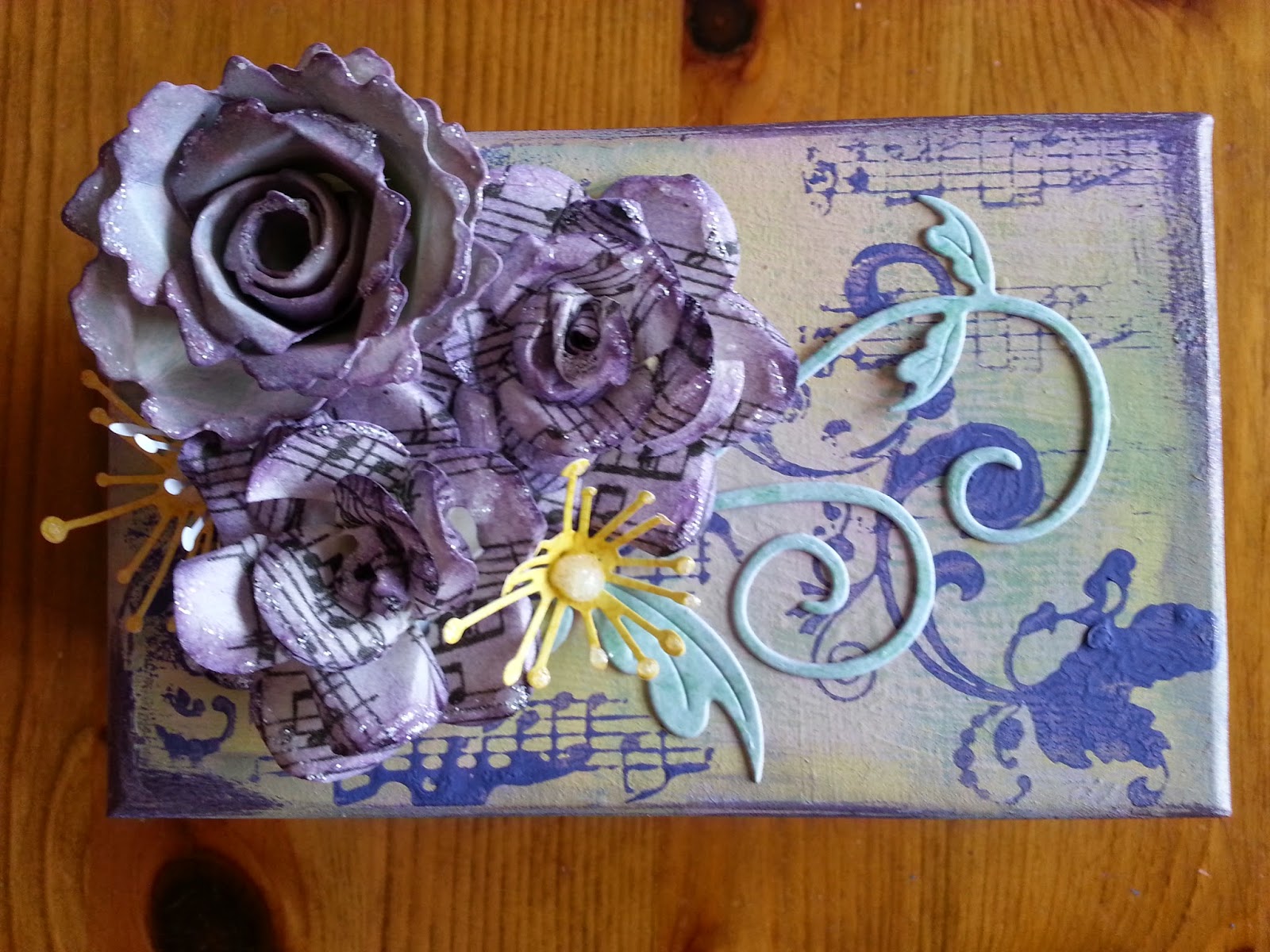 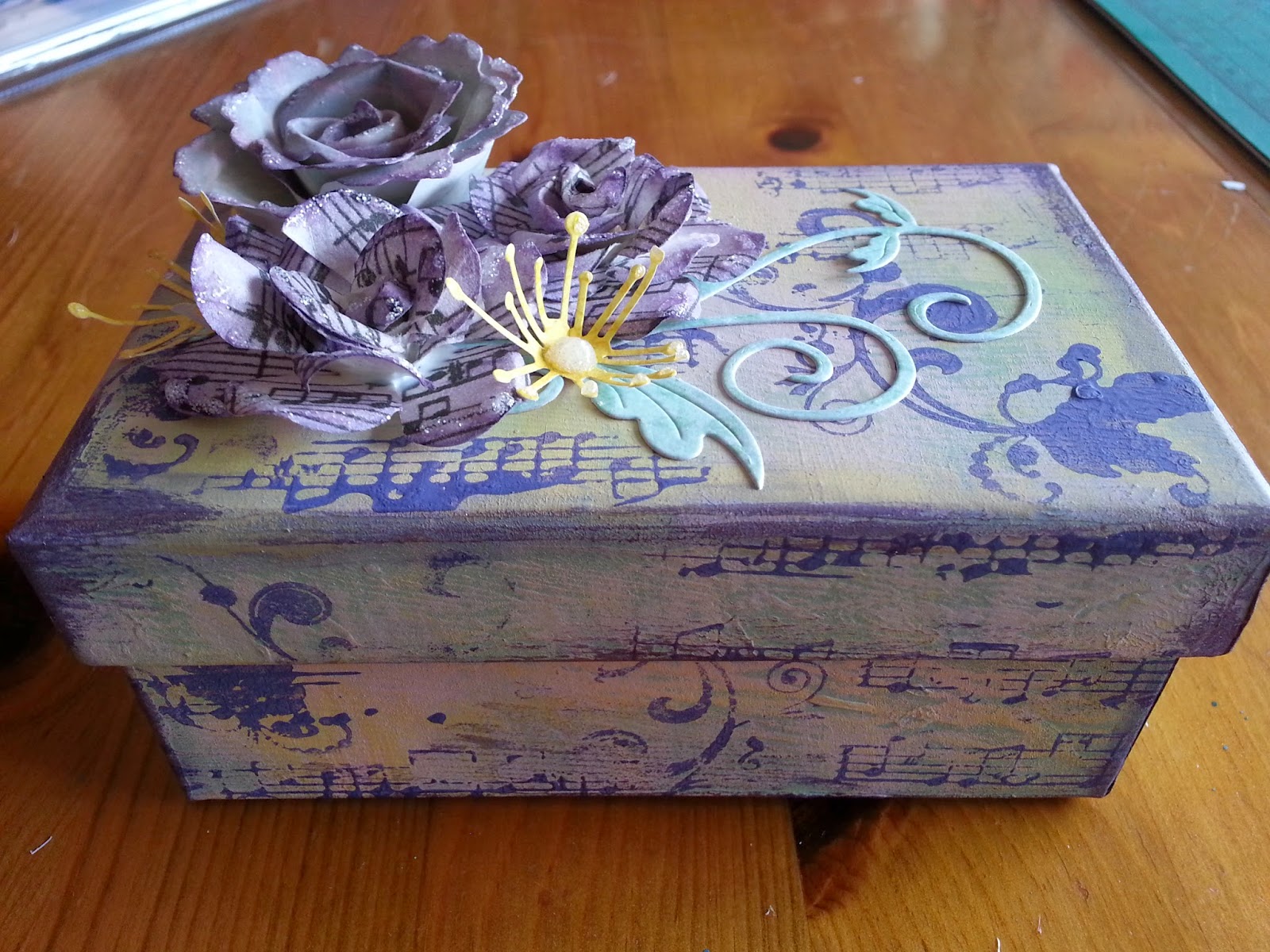 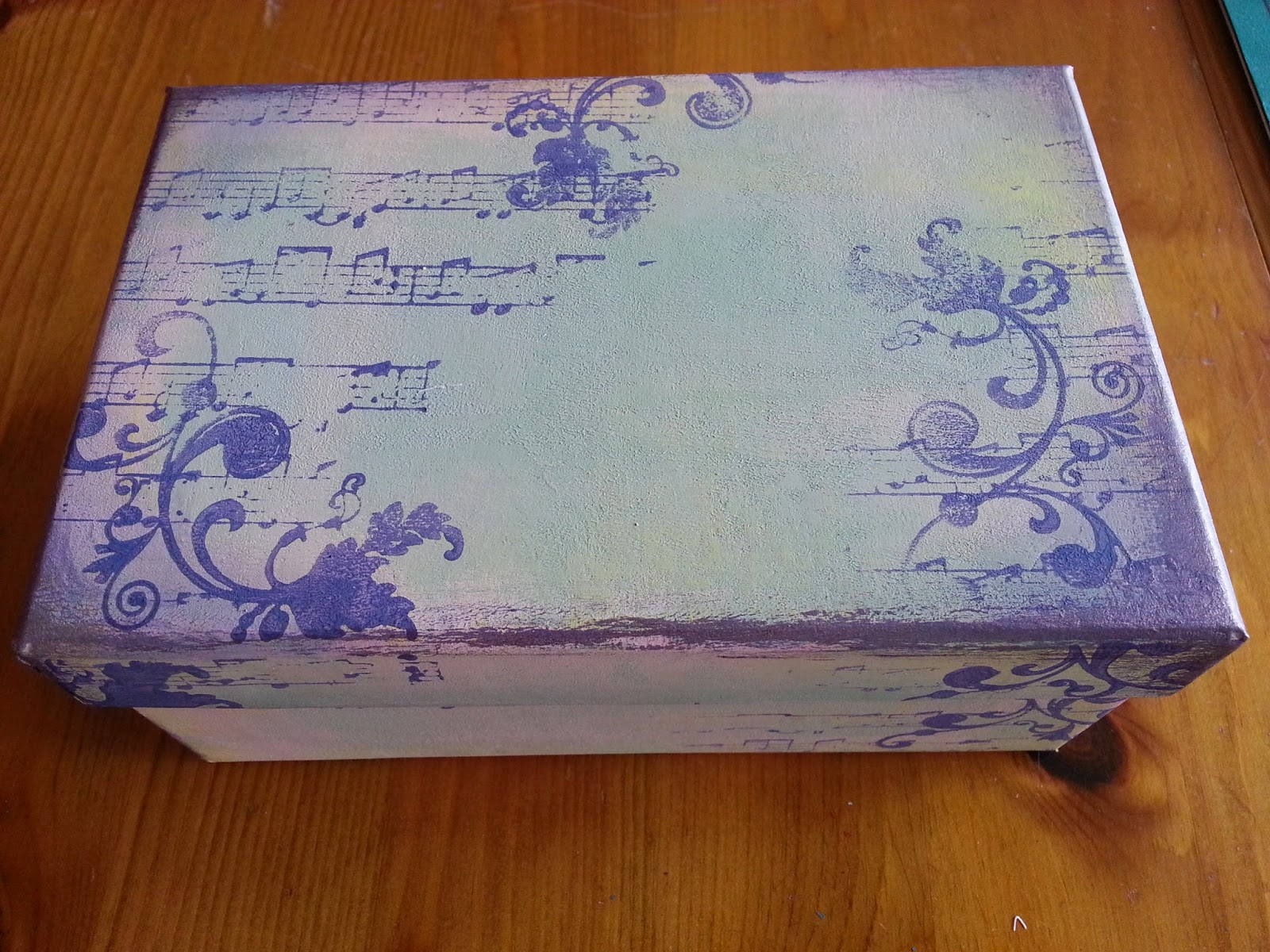 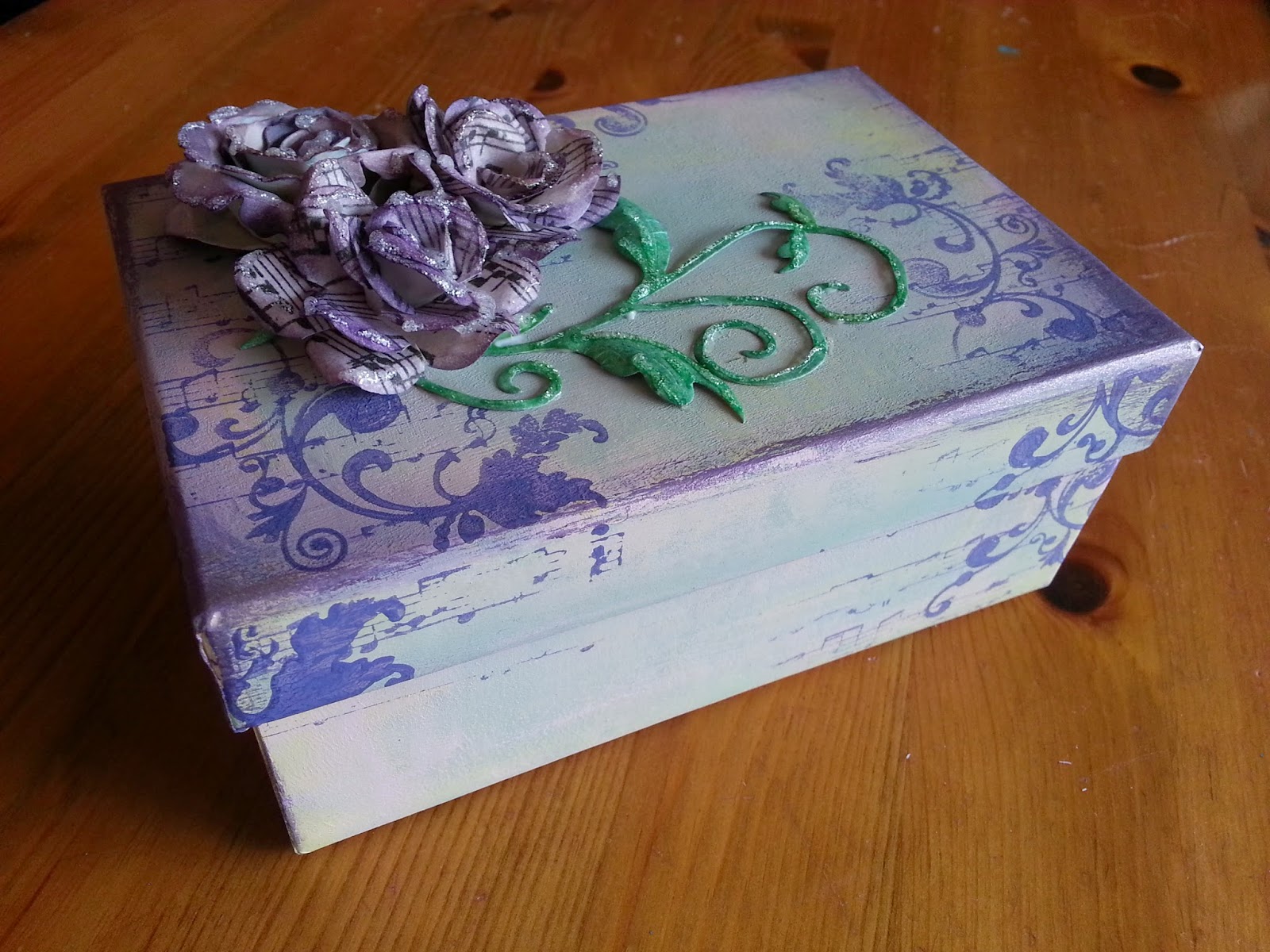 I admit mine isn't stuck down yet and my little yellow sprigs have done a runner, (I think the cats have eaten them). But I wanted to post the boxes as they are lovely.

Should have Stuck it down at the time, but, time ran out and I had to drop Nola off, meet the girls from school rush Georgie to the dentist to have moulds and Xrays taken of her jaw and mouth so that they can make her a Twin Lock Brace. This should bring the bottom jaw into line without removing any teeth, it also means her mouth is going to be constantly open and there will be a lot of discomfort and dribbling.

Hopefully, she will be ok once she has got used to it. One advantage is  catching it at this age means no healthy teeth are removed.