I've made a card

It's been a while since I made a card. 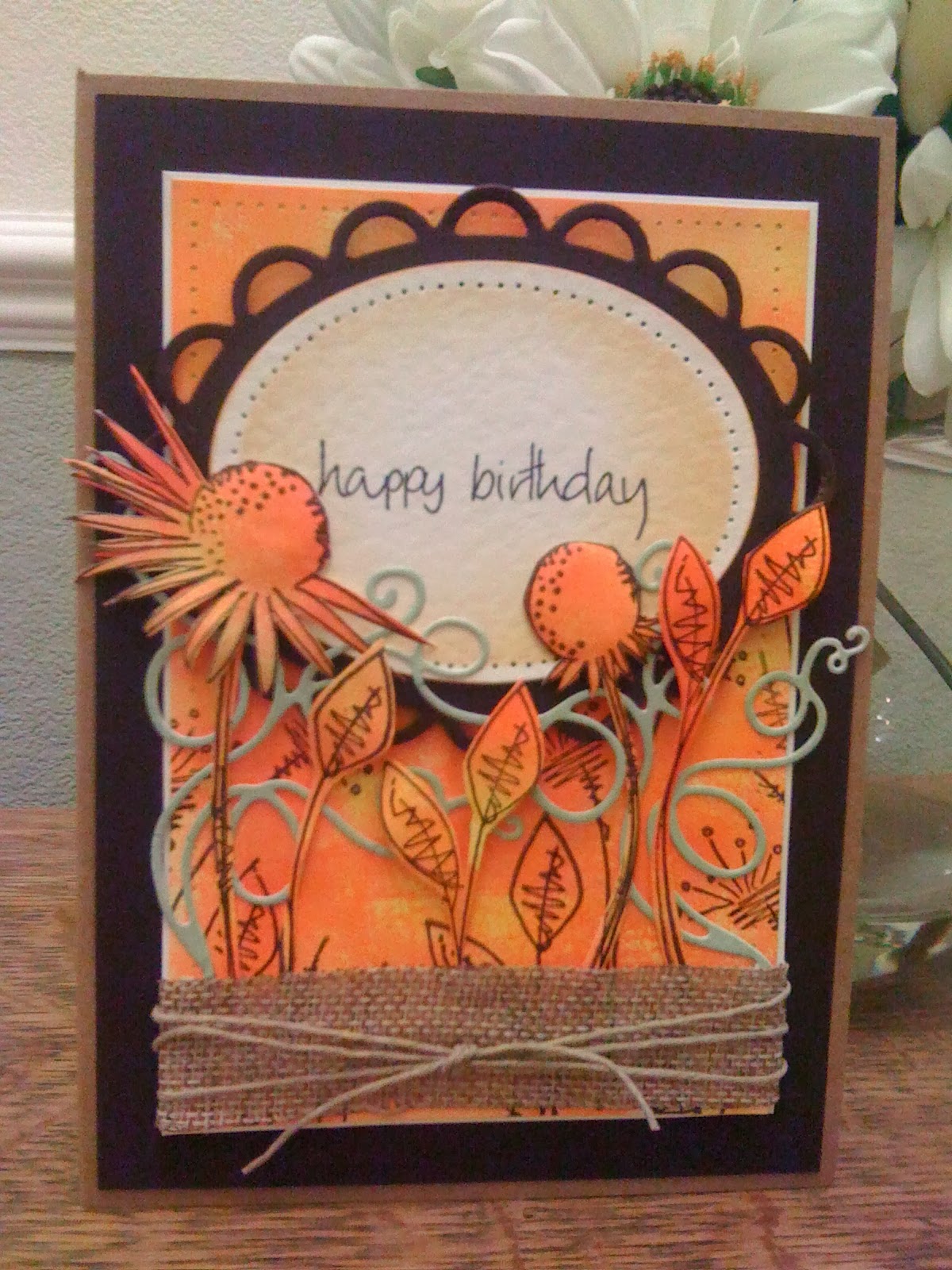 This flurry of activity was influenced by my friend Rebecca who did a background using a brayer and Paperartsy paints.  I had seen the technique on Paperartsy blog a short while ago and thought that's impressive, I can do that and didn't get round to it. However, as I sat watching the weather attempt 4 seasons in one hour, I thought, I know what to do.

Of course, get out the paints and see what happens, I had to repair the brayer first, the last time I used it was when I was helping out at the local first school, making Christmas cards by etching designs into a foam/polystyrene  base and inking over the top to make a print. Nice and messy.

Anyhow,  I chose four paints London bus, tango, yellow submarine  and pumpkin  soup, rolled them and layered them and hey presto A4 background done. So then I stamped JOFY stamps onto it, and immediately thought that's looks rubbish.

In an attempt to rescue the paper I sliced it in half and then half again, I had managed to get a bit with no stamping on, I re-stamped the images into a more pleasing arrangement. Trying  not to waste anything  I cut out  the  previously stamped flower heads, stalks and leaves, then layered up the card adding  a bit of trim,  string and a sentiment.
Finished.....