Hidden HeART
Where to begin?
A few weeks ago or maybe even a couple of months ago I began a project altering a book, the aperture was cut out and the initial base was coated in black gesso to create a tooth to add on other mediums.
Graphite  texture paste was added randomly (when it goes on its grey in colour but when it dries it has a fab gritty texture), once dry platinum crackle paste was added to the rest of the cover. 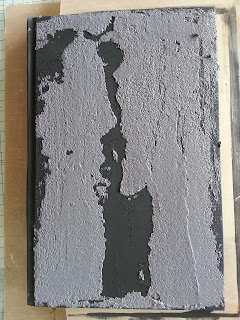 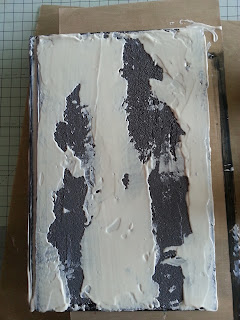 Art Stones were the sprinkled onto the platinum paste while still wet, the larger ones were pressed into the paste gently. 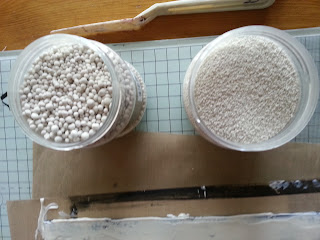 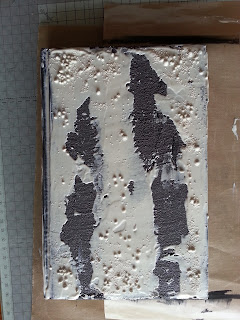 Then I left it to dry naturally for  the best results of crackle and the girls were due home from school, (end of crafting for that day).
A heART  which was cut from grey board was treated in the same manor.
Two months later I revisited it and the crackle was amazing.
I decided to leave the cover more or less as it was, all I added was a couple of Lindy's sprays and then I lifted off most of the colour. I sealed it with a matt glaze with a sponge to add a layer of protection. 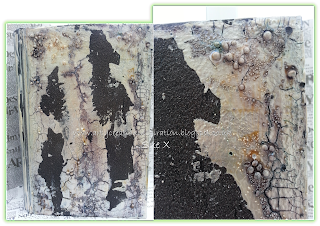 Over to the inside again a couple of Lindy's Sprays added a touch of colour, distress ink was added around the edges and into the centre a touch, this was misted with water and lifted away to reveal a mottled effect. Splatters were added and then it was sealed with distress wax. Tilda metal sequins were added for a bit bling. 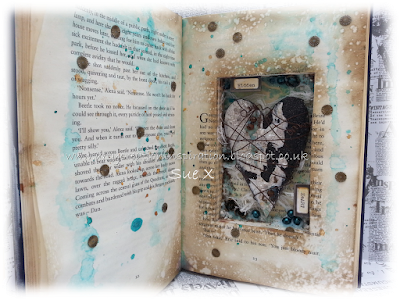 The HeART was wrapped in rusty wire and mounted onto frayed powertex fabric,art beard were mixed with gel medium and popped into the corners for texture. A few small metal roses were added along with a few beads of various sizes. A couple of tiny rusty bells and a label pushed into the pages finished the project. 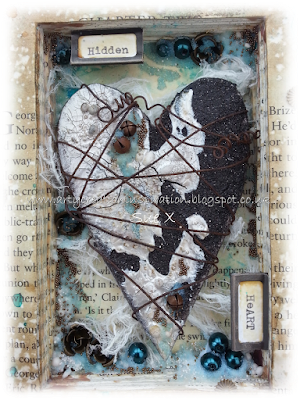 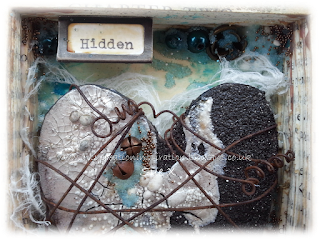 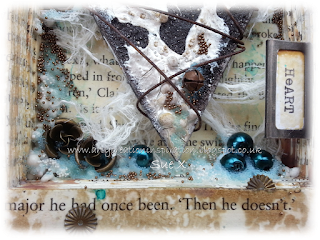 I'm really pleased with the finished piece, just have to find somewhere to display my
Hidden HeART.
Or Hidden Art, get it!
Sue X