I'm a very lucky bunny, for the second week in a row I was lucky enough to go and have a messy, painty Saturday morning.
After an early start and a quick drive down the A38 to arrive at the Artist Trading Post in Derby to start at 9am, we began our double canvas.
Well actually it was a single long canvas.
We began by plotting our design using our black and white photo as a starting point and building the design of the canvas around it. 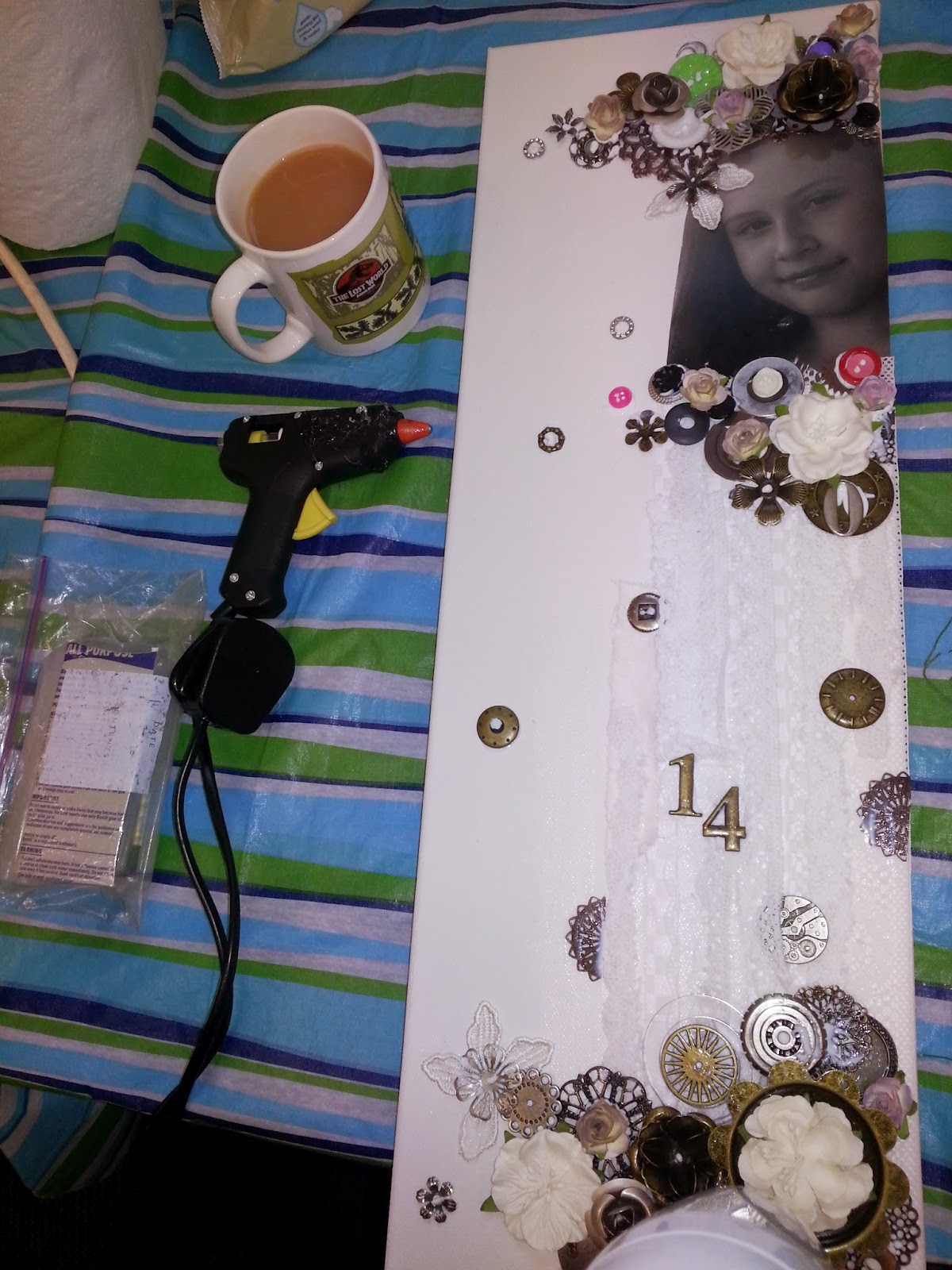 Lace and canvas was added next all glued into position with 3d gel.
The flowers and metal embellishments were layered with what Finn refers to as Ugly buttons.
Basically buttons you may not want to use at any other time and in vivid colours (don't be put off the buttons as all the embellishments were painted white and blended in to create a base for the sprays).
A hot glue gun was used to add drips going down the canvas and yes everything was painted white except photo of course.
Then the messy spray bit began, two colours were sprayed onto the design and water spray was added to water down the ink and create more drips.
At this point time was running out we added a little charcoal pencil which was smudged in, followed by a small amount of stamping.
It was at this point we had to leave as the next class were due in.

Here is the finished project. 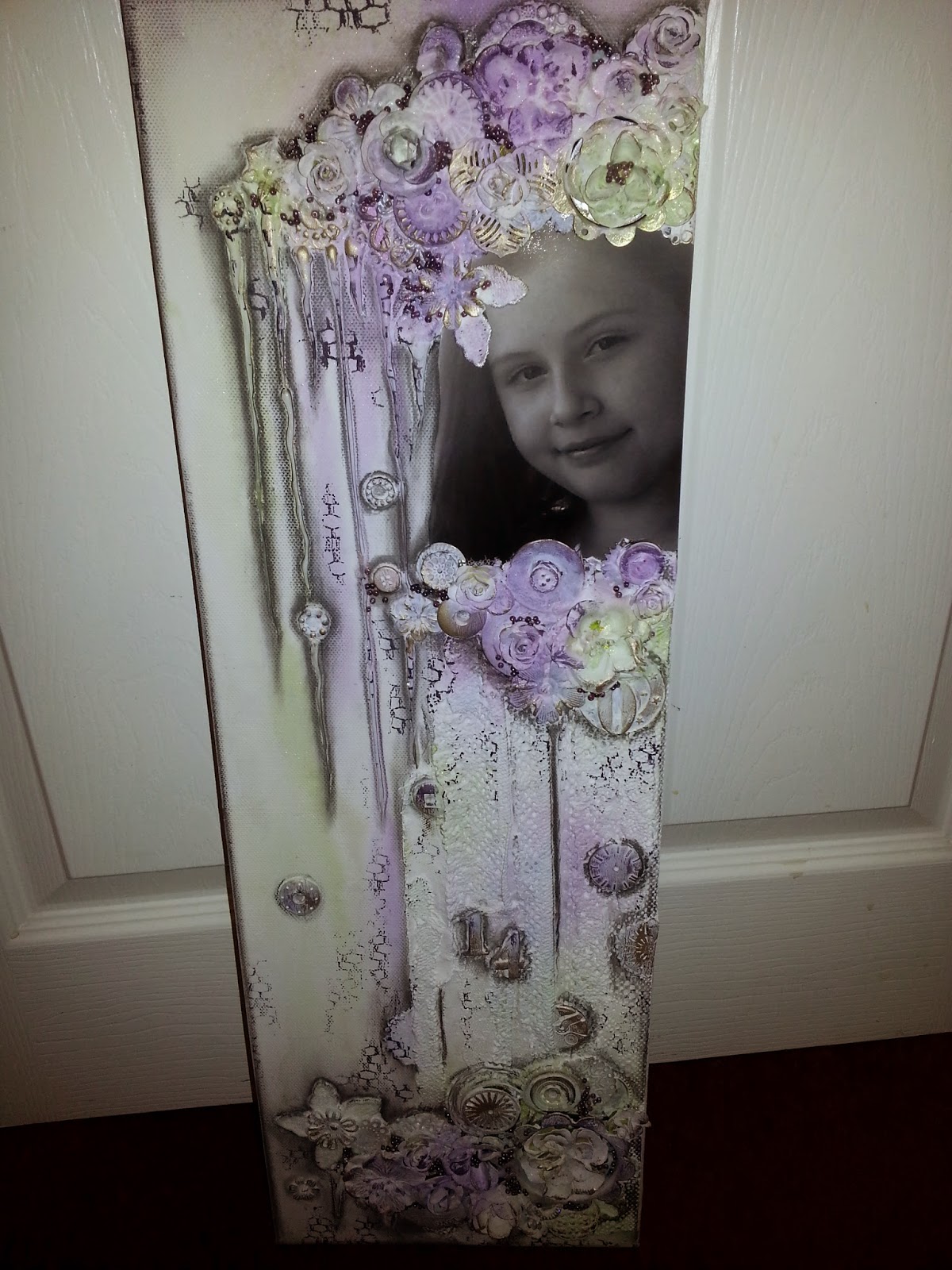 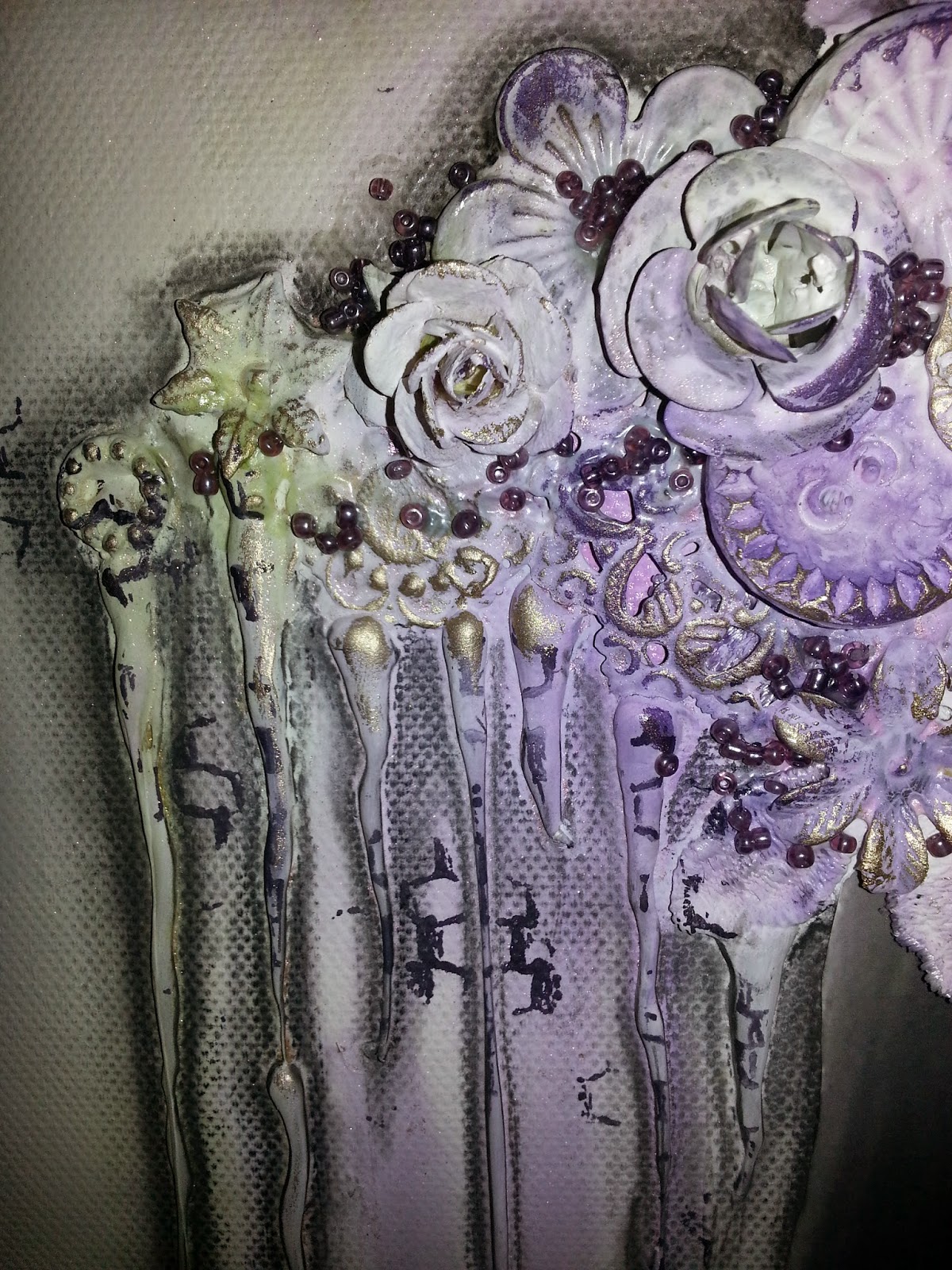 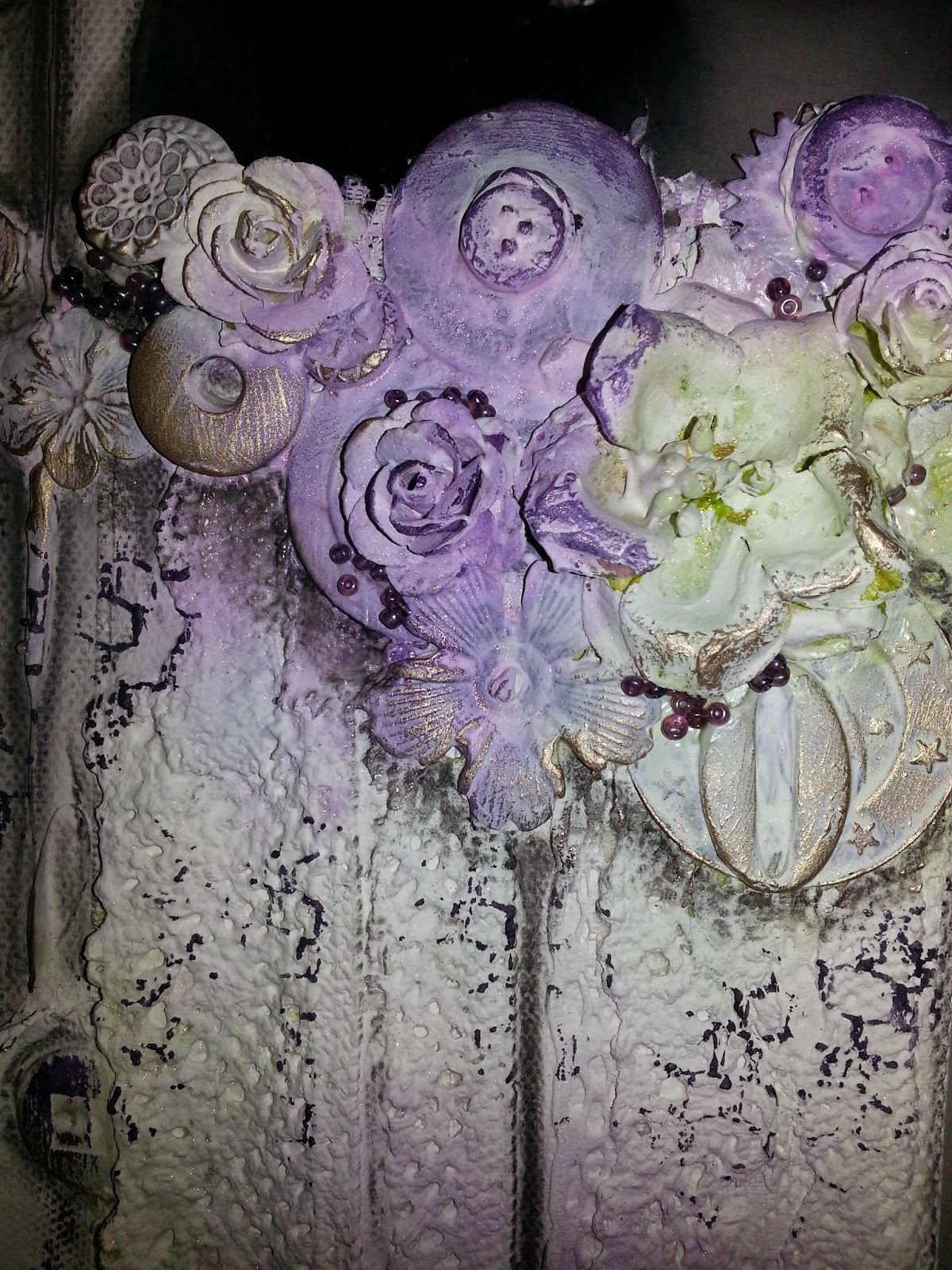 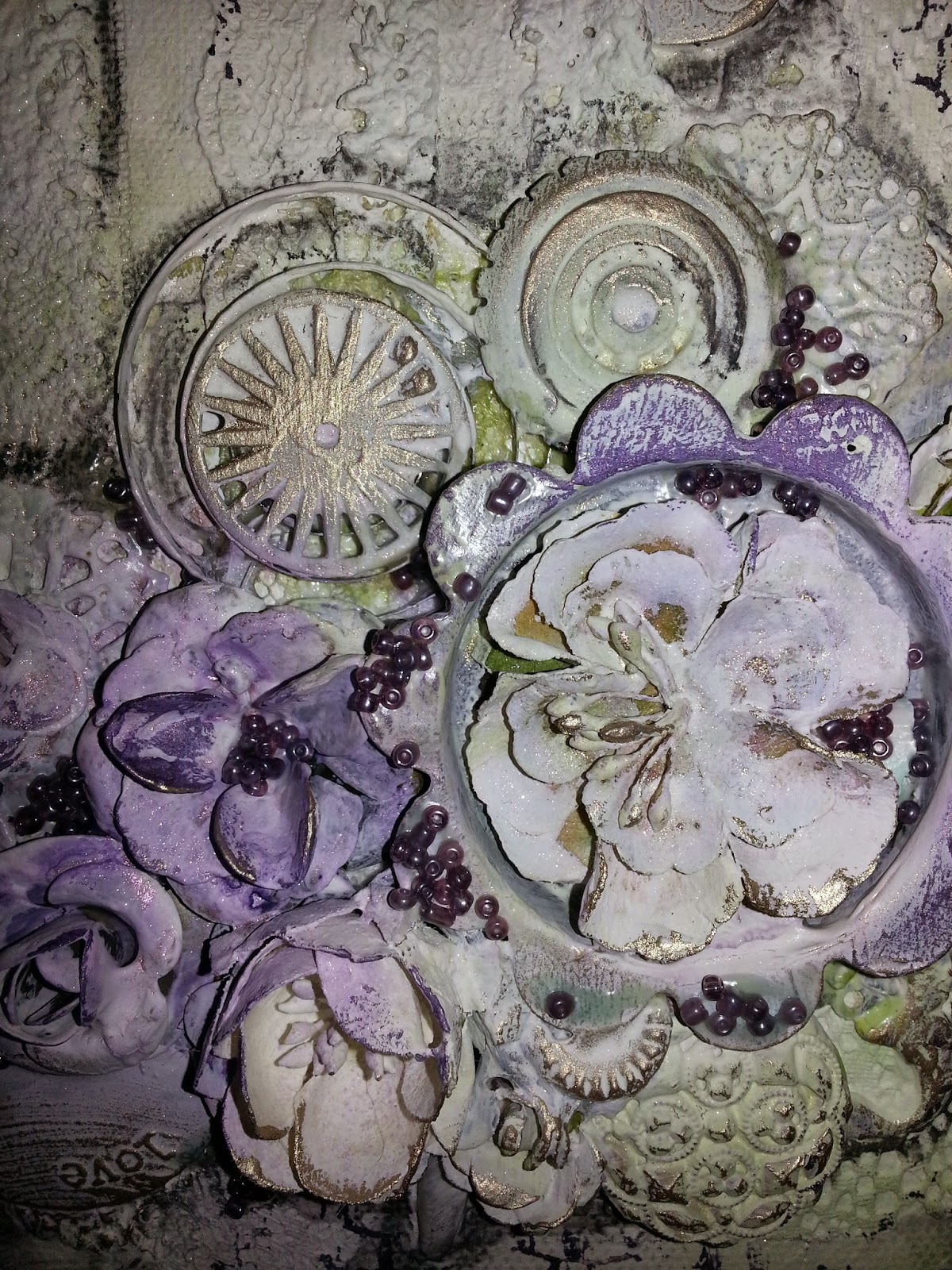 The colours don`t pop on these photos as I took them in rubbish lighting I will replace them asap.
Posted by sue :) at Thursday, December 04, 2014